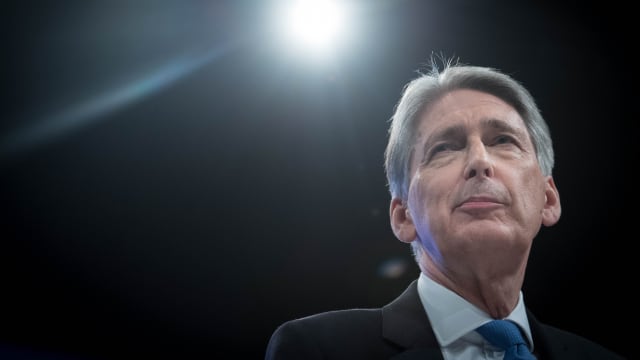 Taxpayers' money should not be spent now on preparing for a "no deal" Brexit, Chancellor Philip Hammond has suggested.

In a move that could anger Brexiteers who are reportedly calling for billions to be set aside in next month's Budget, Mr Hammond said he would only spend the money "when it is responsible to do so".

His intervention came after Theresa May refused to say whether she would back Brexit if the referendum on quitting the European Union was held now.

The Chancellor has reportedly faced calls from Brexit-backing ministers to do more to show the UK is ready to quit stalling Brexit negotiations in order to push Brussels into talking about a future trade relationship.

European Council president Donald Tusk on Tuesday all but ruled out EU leaders giving the green light for trade talks at a crunch summit next week, as there has not been "sufficient progress" on withdrawal issues - a financial settlement, citizens rights and the Irish border.

Mr Hammond made clear the UK would be prepared for all outcomes, including leaving the EU with no deal, but stressed he would not commit money to that scenario now.

The Chancellor said "we must be honest about the near-term challenges and complexities as we prepare to leave".

In an article for the Times, he went on: "As Chancellor of the Exchequer, it is my duty to be realistic about these challenges, and to carefully navigate the economy through this process in a way that protects our jobs, supports our businesses, underpins the prosperity of working families, and secures our public finances for decades to come.

"I also need to ensure that we are prepared for all outcomes, including a no-deal scenario.

"The Government and the Treasury are prepared. We are planning for every outcome and we will find any necessary funding and we will only spend it when it's responsible to do so."

Mr Hammond also stressed the importance of avoiding a no-deal Brexit, as a lack of clarity about future trading terms is leading to business uncertainty and slowed investment.

"I believe the best stimulus we can provide for the economy right now, is certainty," he wrote.

"We will do that in two ways. First, by securing agreement on a time-limited implementation period - this is vital to give businesses and people the space to prepare for the future. Second, by reaching a deal on the terms of our future long-term relationship with the European Union."

The Chancellor's intervention may be interpreted as an attempt to fight back amid suggestions that pro-Brexit MPs want him ousted over his apparent support for a softer Brexit.

Mrs May has faced calls to reshuffle her Cabinet following her mishap-strewn Conservative Party conference speech, which sparked a botched plot to oust her from Downing Street.