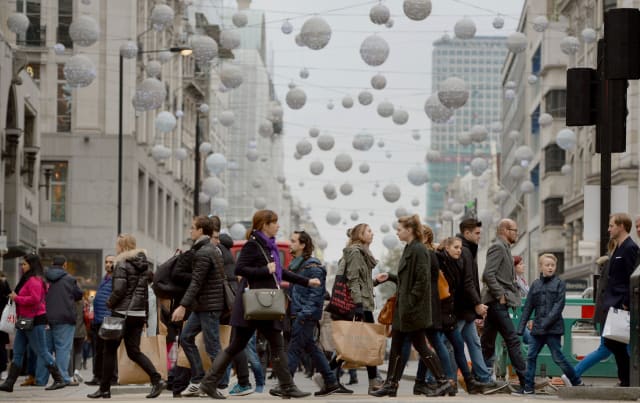 The UK high street has had its best September for five years as shoppers proved they are willing to spend in the build-up to the Christmas season.

Some department stores reported that consumers are already shopping for early Christmas presents, boosting the lifestyle and gifting sectors.

The positive September figures follow the high street enjoying its best August in almost two years as the weak pound led to an influx of British "staycationers" and overseas tourists.

Sophie Michael, head of retail and wholesale at BDO, said: "Two consecutive months of positive growth will be a welcome relief for retailers following challenges seen in Autumn in prior years.

"Pulling off the best September sales growth for five years is a great result for the high street at the start of this critical trading period.

"In a month when footfall is down, positive like-for-like sales figures demonstrate that shoppers are willing to spend. The favourable weather patterns in September cannot be ignored, particularly for fashion, but this result will be encouraging for retailers as we enter the final quarter of 2017."