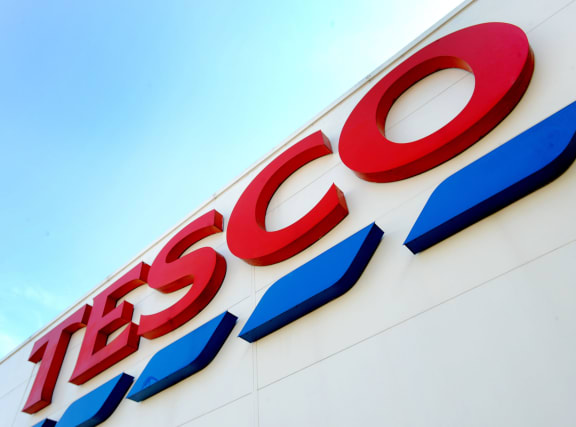 Tesco boss Dave Lewis has hailed a "significant milestone" in the firm's turnaround after unveiling the first dividend payout for three years following a surge in half-year profits and sales.

The group posted a better-than-expected 27% rise in group underlying earnings to £759 million for the six months to August 26 after it notched up its seventh quarter in a row of rising sales.

UK like-for-like sales in the second quarter lifted 2.1%, although this marked a slowdown against 2.3% in the previous three months.

Mr Lewis cheered the group's move to resume paying shareholder dividends for the first time since it was thrown into crisis after an accounting scandal in 2014, with a 1p a share interim payout.

He said: "It's a significant milestone in the recovery of the business and one which demonstrates the confidence we and the board have in our plans."

The group said its inflation was around 1% lower than across the rest of the supermarket sector as it worked with suppliers to protect customers from inflationary pressures.

Industry-wide inflation is running at around 2.7% to 3.2%, according to the group.

The results were the latest sign that its recovery is in full swing following the 2014 accounting scandal and intense competition from German discounters Aldi and Lidl.

UK and Ireland operating profits leapt 21% higher to £471 million in its first half, while on a statutory basis, group pre-tax profits rose from £71 million to £562 million.

But the group has come under heavy fire in recent days over its own-brand chicken after it was discovered that supplier 2 Sisters had taken Lidl chicken and repackaged it under Tesco's Willow Farms brand.

Mr Lewis said the group was as "shocked as anybody" by the undercover media investigation, but it would keep the brand, which he insisted had a quality specification unique to Tesco.

Its supplier has agreed to suspended operations while it retrains staff.

Shares initially rose after the results, but later fell 2% amid fears over the group's proposed £3.7 billion takeover of wholesale giant Booker, which is the subject of an in-depth competition probe

Provisional results are due from the Competition and Markets Authority later this month and a final decision will come in December.

Laith Khalaf, senior analyst at Hargreaves Lansdown, warned that the planned Booker merger could be a "potential banana skin for management".

He said: "The risk is that just as the good ship Tesco is steadying, it gets blown off course by the Booker deal."

Mr Lewis acknowledged it had been a "testing time" for colleagues after recently axing 1,200 head office roles and announcing plans to shut its call centre in Cardiff with the loss of 1,100 jobs.

The group is aiming to slash costs by £1.5 billion, but Mr Lewis said the head office restructuring was "behind us".

Half-year results also revealed Tesco would ramp up payments into its group pension scheme by £15 million a year to £285 million from next April.

The group's pension deficit has more than halved to £2.4 billion from £5.5 billion in February.