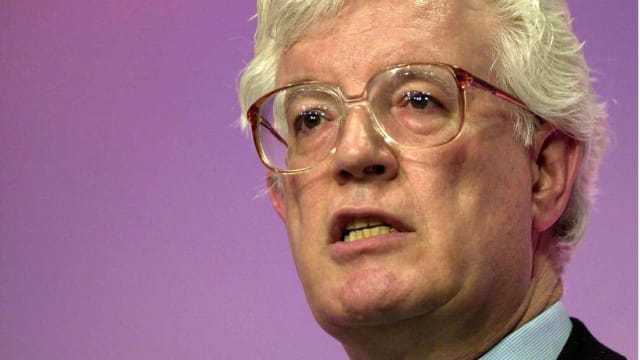 Tributes were paid to the 72-year-old, who led the public sector union NUPE before it merged to become Unison.

Unison general secretary Dave Prentis said: "Rodney, or Bick as he was known to many, was a great personal friend to many of us and a dedicated champion of all the union members he proudly represented throughout his career.

"He coupled a great sense of humour and love of laughter with a deep-rooted sense of social justice and commitment to Unison.

"Our thoughts are with Rodney's family, especially his wife Pat who was an ever present support to him in all his work and was the love of his life.

"We at Unison hold this truth close and we will continue Rodney's fight to ensure dignity for our members, our families and all in our communities.

"I'm sure many of us recall the powerful speeches and advocacy he provided to deliver these goals. Rodney was at his best when he was fighting for the causes he believed in, and our movement has today lost one of the greatest campaigners and orators of his generation.

"Everyone involved in our union will share in the grief felt at Rodney's passing. He was a friend, a comrade and a leader, and thanks to his work the lives of countless people have been changed for the better.

"Rodney was the very best of us, a true giant of our movement and we will all miss him greatly."

Mr Bickerstaffe replaced Jack Jones, the Transport and General Workers Union leader, as the president of the National Pensioners Convention (NPC) in 2001 and served for four years.

Unite general secretary Len McCluskey said: "The union movement has lost one of its 'greats' today.

"Rodney was renowned for his warmth and encouragement towards young activists building the foundation of future leadership.

"From us all Rodney, thank you for all your service, your commitment to our values and your friendship. Our thoughts are with Rodney's family and union friends."