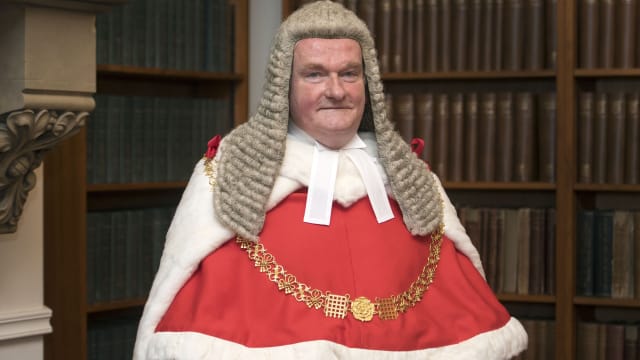 The youngest Lord Chief Justice in 50 years has been sworn in.

Lord Justice Burnett, 59, takes over as head of the judiciary of England and Wales from Lord Thomas, who held the position from 2013 and retired on October 1.

Sir Ian Burnett, who lives in Essex with his wife and children, has been involved in many high-profile cases and inquiries during his career, including counsel to the inquests into the deaths of Diana, Princess of Wales and Dodi al Fayed.

His new responsibilities include representing the views of the judiciary to Parliament and the Government.

At Monday's ceremony at London's Royal Courts of Justice, he said: "At times of great change the central role of the judiciary upholding the rule of law remains a constant, as do our impartiality and independence.

"These features are embedded in the oath I have taken. They are fundamental to our justice system and underpin the effective and smooth functioning of our society.

"I believe we should be better at explaining our role and the vital importance of our independence and impartiality. These principles have remained a constant through the generations, but the judiciary does not stand still.

"We have embarked upon the most ambitious programme of reform of our courts and tribunals in our history. This would not have been possible without the tireless and visionary leadership of my predecessor Lord Thomas, or the support of the Government who have committed to invest £1 billion to make it happen.

"I will continue to pursue this bold vision."

Welcoming Sir Ian, Sir Terence Etherton, Master of the Rolls, said that he was formerly known to many present as "Ian from Essex".

"I will say no more in this address about his connections with that beautiful county because, with great restraint, I have made a personal vow to say nothing about TOWIE, or, to those not so familiar with reality TV, The Only Way is Essex."

Acknowledging Sir Ian's reputation for "calmness, balance, good sense and humour, he described him as a "relatively youthful and certainly a very energetic and active LCJ", whose latest accessory was a Fitbit wristband.

"It appears that the only club of which our new LCJ is or has been a member is the Pizza Express Club.

"He tells me that when he included it in his Who's Who return, they replied that it was not the type of club they had in mind."