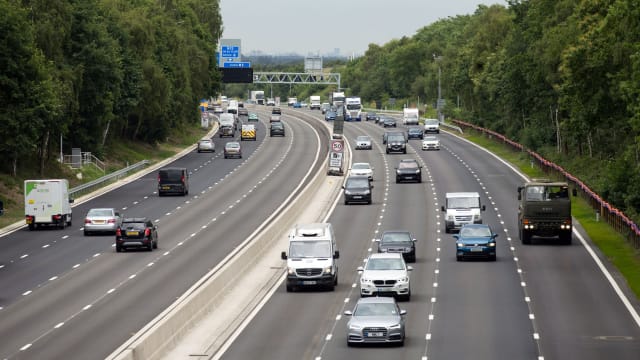 A 17-year-old boy has been charged after a mysterious material sparked an 11-hour full closure of the M3 last week, police said.

The teenager, from Winchester, is accused of two counts of arson with intent to endanger life and two of causing danger to road users in relation to incidents on the motorway on September 16 and 23, according to Hampshire Police.

Officers said a "potentially hazardous" substance was thrown from a motorway bridge near Winchester on September 23.

The M3 motorway, the main road between London and Southampton, was closed between junctions 9 and 11 from just before 4am until after 3pm.

The boy has been remanded in custody and is due to appear at Basingstoke Magistrates' Court on Monday.

Social media users shared pictures of the scene near Winchester on September 23, with one showing a man walking his dog on the hard shoulder, others playing golf, and another doing a handstand on the carriageway.

Bomb disposal experts were called to the scene but police later said the substance was flammable, not explosive.

There was a similar incident on the same bridge, which leads to St Catherine's Hill, at around 4am on Saturday September 16.

On that occasion, police received reports of something being dropped on to the carriageway and that an object was alight, but when officers attended they found only broken glass and no fire.