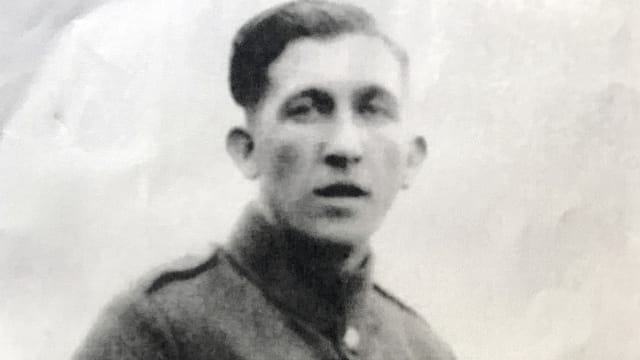 The grave of a British soldier killed in Italy in the Second World War will be rededicated by his twin sons, who unknown to him were born just 22 days before his death.

Edward and Sydney Graham, 74, have spent a lifetime wondering what happened to their Royal Irish Fusilier father Edward, who was killed in Sicily in 1943.

The regiment had been dispatched to North Africa and then on to Italy, but during the advance through Sicily, near the small town of Maletto, he was killed on August 13 fighting a German ambush.

His body was initially buried at the roadside but when it was later moved his identity was lost and he was given an unnamed gravestone.

But years of research and work by son Edward eventually paid off when he discovered his father, from Chopwell, County Durham, had been buried in Catania War Cemetery.

"It's been decades of searching, researching records, battling bureaucracy, but it'll give me a sense of closure and satisfaction that my father is there and resting in a beautiful place with his colleagues who also gave the ultimate sacrifice," he said.

"That is comforting but my great sadness is my mother never knew where he was, that would have been nice but it wasn't to be.

"He was on active service and communication being what it was he didn't know he was the father of twin boys, my brother and I were born just 22 days before he was killed.

"It's very sad he didn't know he had two sons, but that was the time he was living in."

Mr Graham had joined the Territorial Army as a private in the Durham Light Infantry before he became full-time following the outbreak of war.

He was then transferred to the Royal Irish Fusiliers and posted to Ballykinler in Northern Ireland, where he met and married the mother of his sons Eveline McBride.

The service, organised by the Ministry of Defence's Joint Casualty and Compassionate Centre, will take place in Catania on October 4, where Mr Graham will be given a new headstone.