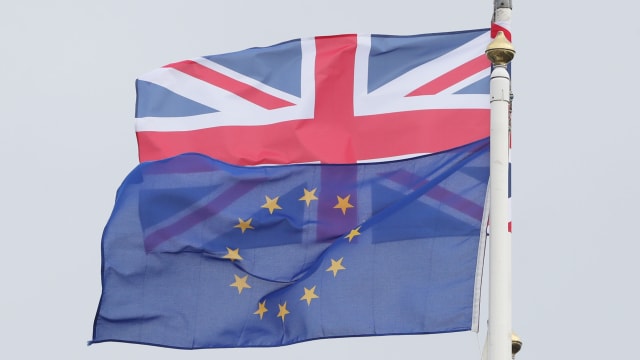 A new court to settle legal disputes after Brexit should be set up in Britain to end deference to European judges, a group of lawyers who campaigned for Leave has said.

Under proposals sent to ministers, an International Treaties Court (ITC) would run in parallel to the European Court of Justice (ECJ) with both sides looking at the rulings of the other.

It would mean judges in London and Luxembourg would be consistent in their interpretations of treaty rights without binding each other, according to Lawyers for Britain.

The group said it expected differences to be rare but any disputes could be handled through a new international arbitral body that would only sit when required.

Its proposals were released as Brexit Secretary David Davis meets the EU's chief negotiator Michel Barnier in Brussels for the final day of the latest round of divorce talks.

At the start of discussions on Monday, Mr Davis said there were "no excuses" for standing in the way of progress in the exit process following Prime Minister Theresa May's Brexit speech in Florence.

But Mr Barnier struck a more cautious tone, insisting real progress on the divorce bill, citizens' rights and the Irish border was "essential" to move on the discussions.

Meanwhile, the European Parliament's Brexit negotiator, Guy Verhofstadt, is expected to speak at an event hosted by the LSE.

Lawyers for Britain said its proposals would resolve the deadlock over legal arrangements after Brexit.

Martin Howe QC, one of the report's authors, said: "Our proposals are a fair, simple and relatively inexpensive way of resolving the legal position after Brexit. Most importantly, they deliver on the Government's explicit commitment to take back control of our laws.

"No longer would Britain be subject to the rulings of a foreign court. EU citizens here would be under the jurisdiction of a new UK body, the ITC, and in the rare event that its rulings conflicted with those of the ECJ there would be an independent arbiter whose decisions would be binding on both the UK and the ECJ.

"UK sovereignty would be restored, in line with the wishes of the British people as expressed in the referendum. But at the same time, we would seek to work constructively with the ECJ to aim for consistent interpretation of the treaty rules and to resolve any conflicting rulings, to achieve maximum certainty for EU citizens in the UK and for UK citizens in the EU."

Mrs May has insisted Britain will "take back control" of its laws but critics say it will be impossible to avoid European judges having a role in enforcing new agreements drawn up with the EU.

The ITC would be at the level of the High Court in England and Northern Ireland and of the Court of Session in Scotland under the proposals.

It would deal with the rights of EU citizens but its remit could be extended to cover other treaty-based rights under the free trade agreement which the Government is trying to negotiate with the EU, according to the group.