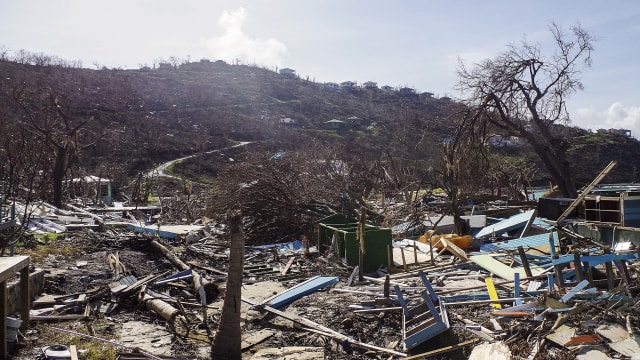 The Government is determined to help hurricane-hit British territories "dust themselves off" after they were hit by an unprecedented natural disaster, Boris Johnson has said.

Hurricane Irma unleashed devastation on the British Virgin Islands, Turks and Caicos and Anguilla as it wreaked havoc across the Caribbean earlier this month.

Mr Johnson said: "Hurricane Irma was unprecedented. I saw for myself the devastation it inflicted on communities in the British Overseas Territories and I know that Britain's immediate and unprecedented response was welcomed right across the islands.

"Key to the success of our emergency support was the way British military, humanitarian and consular efforts were coordinated and targeted.

"So as we now move from providing relief to assisting in recovery, this new ministerial group will ensure all our future efforts are equally joined up and as effective as possible.

"The UK Government is determined to help the British Overseas Territories to get back on their feet, dust themselves off and to help them become more resilient to future natural disasters."

Damage to homes, businesses and buildings remains widespread after the category five weather system caused chaos and destroyed much of what was in its path.

More than 1,300 UK troops were deployed to the region to help with relief and recovery.

The Government faced criticism for not responding quickly enough to the disaster but ministers insisted everything possible had been done to support the islands.