British actor Ralph Fiennes gets his Serbian passport from president 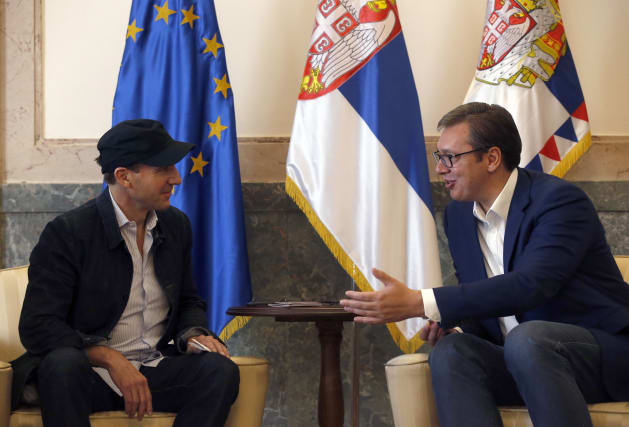 British actor and director Ralph Fiennes has received a Serbian passport from the Balkan country's president after he was granted citizenship earlier this month.

President Aleksandar Vucic handed the passport to Fiennes at a meeting on Sunday in the Serbian presidency building in Belgrade.

Mr Vucic told Fiennes: "We Serbs are happy to have you as a friend and now a fellow citizen."

Fiennes first came to Serbia in 2010 to shoot his directorial debut, an adaptation of William Shakespeare's Coriolanus.

He is currently filming a movie in Belgrade on Soviet ballet dancing legend Rudolf Nureyev.

American action hero Steven Seagal is among other film celebrities who have been granted Serbian citizenship in the past.