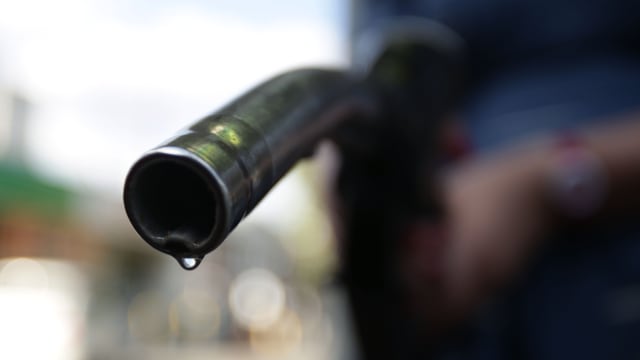 Supermarket giants have cut fuel costs following a series of price hikes in the wake of extreme weather.

This price reduction was matched by Sainsbury's, while Morrisons said it would cut the cost of both fuels by up to 2ppl.

Average unleaded prices across the UK reached a six-month high of £1.19 this week, according to figures from the Department for Business, Energy and Industrial Strategy.

Diesel forecourt prices hit the £1.21 mark, which has not been seen since early May.

Unleaded prices have shot up in recent weeks as a result of Hurricane Harvey disrupting oil refining in Texas, whereas diesel has become more expensive as the price of a barrel of oil has increased over the past week.

RAC fuel spokesman Simon Williams said: "This is some very welcome relief for motorists who have suffered a 3p a litre rise in the average price of petrol since mid-August as a result of Storm Harvey hitting the US Gulf Coast and disrupting refineries.

"Motorists are now paying nearly 120p a litre for unleaded, the highest since March, while the average price at the big four supermarkets is 117p.

"This latest cut from the supermarkets should force forecourt reductions across the country, hopefully bringing prices down by 2p a litre everywhere.

"Strangely, this has all come at a time when the oil price has increased by around 7 US dollars (£5) a barrel since mid-August, but it is the strengthening of the pound to 1.35 US dollars that has made the big difference as fuel like oil is traded in dollars."

"At a time when many garages and supermarkets are charging in excess of 120.9ppl, Asda's new price cap of 115.7ppl on unleaded and 116.7ppl on diesel will be welcomed by the millions of drivers."