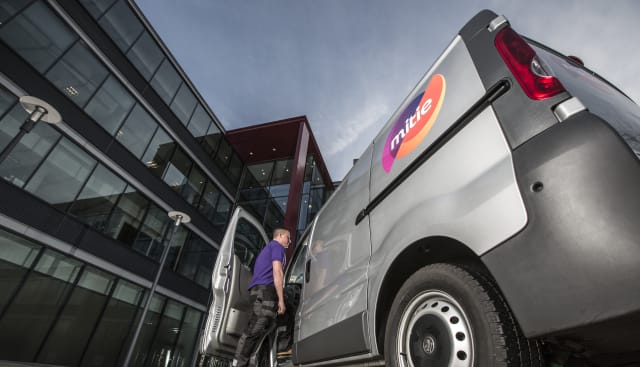 Outsourcing giant Mitie has confirmed around 480 jobs are being axed as part of its turnaround plan and warned over higher-than-expected costs of its overhaul.

The group, which has already been under pressure amid a string of recent profit warnings, said the jobs are set to go from its 153,000-strong workforce by the end of its financial year in March.

Acting chief executive Peter Dickinson, who is taking on the role while boss Phil Bentley is on sick leave, said Mitie was making "steady progress" with its turnaround, but the firm revealed it expects costs of a swingeing savings programme to be around £24 million in the current year - up from the £15 million previous estimate.

It comes weeks after City watchdog the Financial Conduct Authority launched an investigation into Mitie relating to a 2016 profit warning and the way it presents financial information.

The Financial Reporting Council has also launched an investigation into Deloitte's auditing of Mitie's books.

Mitie laid bare the impact of accounting issues in its full-year results in June, when it swung to a £58.2 million loss after being stung by £88.3 million of one-off costs after a review of its books by KPMG showed practices that were "less conservative, albeit still justifiable, than others in the market".

In its latest trading update, the group said revenues so far in its financial year are better than expected - at around £1.1 billion for the half-year, 4% higher than a year earlier.

Its order book is 3% higher than at the end of March, at £6.7 billion, but it revealed a £6 million hit from the recent unexpected loss of a top 20 contract, although it aims to recoup £2 million in termination fees.

Mr Dickinson said: "Overall we are making steady progress in the transformation of Mitie. Top line growth in the first six months has been encouraging, our dedicated focus on putting customers at the heart of our business and identifying cost savings is beginning to deliver."

He added: "Transforming a large, diverse business such as Mitie is neither linear nor without challenges, but the programme remains on track."

It is aiming to trim costs by £40 million a year by 2020, with moves to simplify its corporate structure, outsource and automate some back office functions, merge its London offices into one and also overhaul its group-wide IT.

The group also plans to shut its defined benefit pension scheme to future accruals from mid-November, which will save around £850,000 a year.

Mitie has overhauled its management as part of recovery efforts, with Mr Bentley appointed in December and Sandip Mahajan hired as chief financial officer on February 10.

The firm also recruited a new chairman, Derek Mapp, in May.