Deadline for old 'round pounds' looms 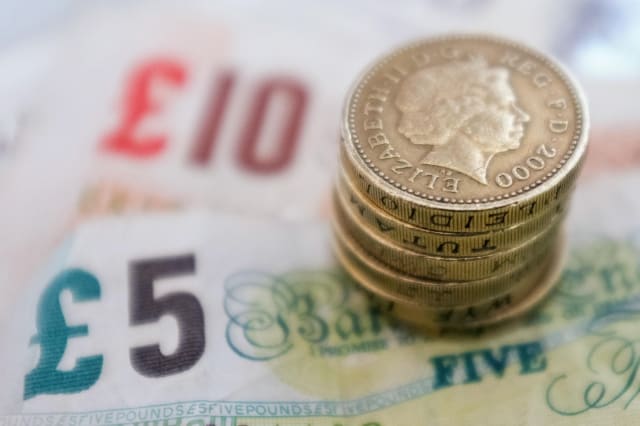 BBC Children in Need is encouraging people to check their piggy banks and coat pockets for any old "round pounds" before they go out of circulation in less than a month.

It is partnering with the Royal Mint and the Treasury on their campaign, reminding people that the deadline when the old round £1 coins will cease to be legal tender is October 15. They can spend, bank or donate them to charity.

New 12-sided coins with high-tech security features were brought in in March, to tackle counterfeiters.

Pudsey's Round Pound Countdown is encouraging people to check their piggy banks, empty coat pockets and dive down the back of sofas to dig out any lurking round pound coins.

A new survey from the campaign suggests that six in 10 people would like to donate their remaining round pounds to charities like BBC Children in Need.

Commercial director of BBC Children in Need Jonathan Rigby said: "We are really excited to work with the Royal Mint and HM Treasury for Pudsey's Round Pound Countdown and hope that as many people as possible will get involved in this nationwide treasure hunt and put their old round pounds to good use.

"Every round pound donated will go on to make a real difference to the lives of disadvantaged children and young people across the UK."

Chief executive and deputy master of the Royal Mint Adam Lawrence said: "Any round £1 coins donated to BBC Children in Need through Pudsey's Round Pound Countdown will not only go to a fantastic cause but they will make their way back to The Royal Mint where some will be melted to make new £1 coins."

Exchequer Secretary to the Treasury Andrew Jones said: "Over the last few months, we have urged the public to spend, bank or donate their round pounds ahead of the October 15 deadline.

"We are delighted to partner with BBC Children in Need, and are encouraging everyone who can to promise their round pounds to Pudsey."