Around 8.3 million people across the UK 'living with debt problems' 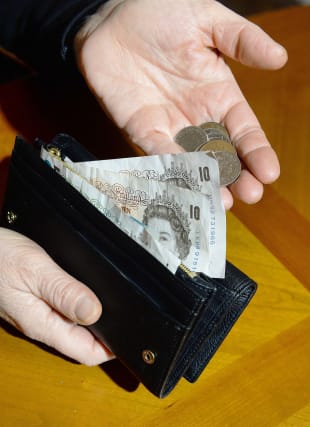 More than eight million people across the UK are living with problem debts, according to the Money Advice Service (MAS).

Some 8.3 million people across the UK are estimated to be living with a debt problem, the report from the MAS and CACI found.

In some parts of the UK, more than one in five adults are over-indebted, according to the research.

Newham and Tower Hamlets in London were identified as particular debt hotspots along with Nottingham, Manchester and Blaenau Gwent in Wales.

At the other end of the spectrum, the south-east of England dominated the list of areas where people were least likely to be burdened with debt.

The MAS used modelling by CACI to estimate levels of over-indebtedness across the UK.

People identified as over-indebted are likely to find meeting monthly bills a heavy burden and/or have been missing more than two bill payments within a six-month period.

The MAS is an independent body which was set up by government to offer money tips.

Sheila Wheeler, director of debt at the MAS, said: "This research tells us that one in six people in the UK have financial worries, a figure that stands at over 8.3 million.

"Debt is a complex challenge and one that needs a collaborative approach if we are to successfully address it."

Here are the most-indebted parts of the UK, according to the MAS/CACI, with the percentages of adults estimated to be living with problem debt:

Here are the least over-indebted parts of the UK, with the percentages of adults estimated to be living with problem debt:

And here are the percentages of adults estimated to be over-indebted across the UK: