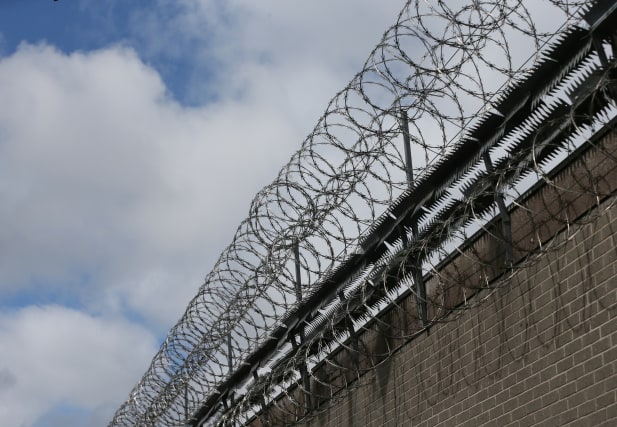 Hundreds of seriously ill, elderly and other prisoners should be freed to help drive down the "stubbornly high" jail population in England and Wales, a new report suggests.

Judges would hear applications for release from inmates still serving their sentences and make recommendations to the Secretary of State under the "executive release" model.

The proposal is outlined in a blueprint jointly drawn up by ex-prisoner and former cabinet minister Jonathan Aitken.

The report, published by the Centre for Social Justice (CSJ) and co-authored by retired judge John Samuels QC, calls for closer monitoring of sentences to ensure successfully rehabilitated prisoners do not continue to fill prison cells unnecessarily.

They say introducing a number of measures could result in the freeing up of at least 7,000 prison places annually, with potential savings of £246 million.

One proposal is for a scheme in which a small number of judges would weigh up whether to recommend that the government direct an inmate's release.

Those that could qualify include:

Around 500 prisoners serving Imprisonment for Public Protection (IPP) sentences who have been locked up beyond their minimum term and for longer than the maximum fixed period allowed for the original offence;

Prisoners who have been identified as suffering from from incurable and progressive disease and who "objectively pose no more than minimal risk to the life or limb of the public".

Inmates whose age and general incapacity mean they are no longer suitable for confinement within a closed establishment, who have already served the punitive element of their sentence, and who pose no more than a minimal risk to the public;

Prisoners who are no longer capable of addressing within custody the cognitive behavioural programmes designed for their rehabilitation at the time of sentence, and who have already served the punitive element of their sentence.

The paper recommends that sentencing courts be required to review original custodial sentences to check whether the punishments should be modified.

Reviews could result in periods behind bars being reduced and replaced with non-custodial penalties or supervision.

The report also calls for the creation of problem-solving courts, a boost to prison officer numbers and pay, and action to deal with the number of IPP prisoners still being held after their tariff has expired.

Penal reform campaigners have repeatedly highlighted the number of people in jail amid surging levels of violence and self-harm behind bars.

The prison population has almost doubled since the early 1990s and has stood around the 85,000 mark in recent years.

In the CSJ report, the authors say successive governments have "failed to live up to the bold policy statements which so many have promised", adding: "Both the national reoffending rate and the size of the prison population have remained stubbornly high."

Prisons Minister Sam Gyimah said: "The Centre for Social Justice has delivered a valuable report which highlights some of the long-standing challenges we face.

"The work to make our prisons true places of reform and rehabilitation is already well under way, and will continue unabated.

"Prison officer recruitment numbers are at their highest since records began.

"We are reforming probation and continue to work with Community Rehabilitation Companies to ensure they deliver probation services which reduce reoffending, protect the public and help offenders contribute to society."