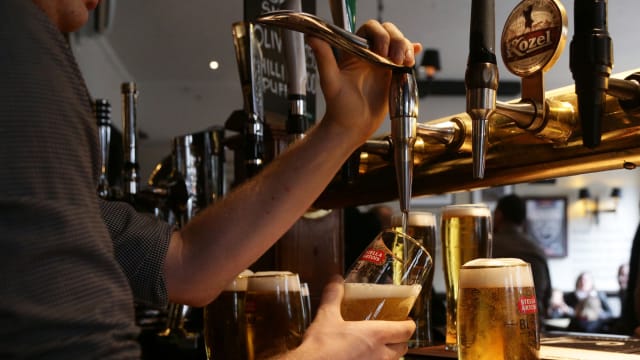 About 28,000 pubs have closed since the 1970s as the sector faces a "ticking time bomb" over its future, a report warns.

Research by the Campaign for Real Ale (Camra) found there are fewer than 50,000 pubs, with more beer now being drunk at home.

Camra called for greater support for pubs, saying they are under threat as never before.

Its annual Good Beer Guide reports that when Camra was formed in the early 1970s, Britain had 75,000 pubs.

The new business rates revaluation introduced in 2017 is the latest "ticking time bomb" to devastate the sector, the campaign group said.

Some of the increases, due to be phased in over a five-year period, are described as "eye-watering".

"There is no better place for people to meet, enjoy a beer, strike up a conversation, make new friends and put the world to rights.

"Above all, the British pub, both ancient and modern, has character and an atmosphere that could never be replaced."

Camra has launched a campaign calling for an annual £5,000 reduction in business rates for every pub across England.

Camra congratulated five pubs that have made every single edition of the guide since it was launched 45 years ago - the Star Tavern and the Buckingham Arms in London, the Roscoe Head in Liverpool, the Square & Compass in Dorset and the Queen's Head in Cambridge.

Mr Protz said: "Congratulations to the famous five, who will go down in history for being hallmarks of the Good Beer Guide.

"It is a great honour to be listed in the Guide even just once - never mind 45 times."

A Government spokesman said: "The Great British pub is a national treasure and we're backing communities that want to protect and run their local.

"We've already provided more than 9,000 small pubs with a £1,000 discount on their businesses rates bill as part of our £435 million package of support for businesses.

"In addition, both pubs and their customers have saved over £2 billion since 2013 thanks to changes to alcohol duty."