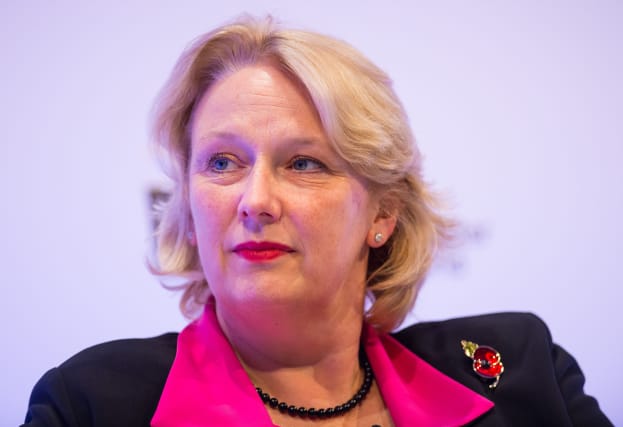 The boss of Virgin Money has warned that cheap personal loans could pose a threat to the financial system as the banking sector marks 10 years since the collapse of Northern Rock.

Jayne-Anne Gadhia said personal unsecured loans were priced too low for a good economy "let alone one that might have an uncertain outlook" and called for regulators to keep a watchful eye on the car finance market.

Her comments come alongside the 10-year anniversary of Northern Rock's collapse, which saw the lender become a symbol of the financial crisis in the UK and crash into Government ownership.

The chief executive - who oversaw Virgin Money's takeover of Northern Rock's "good" operations in 2010 - told the Press Association: "I would say that in the UK the car finance market is the area that should be watched.

"The chief executive of Lloyds was quoted at the half-year results saying the Bank of England is concerned about credit growth, but we don't see that on banks' balance sheets.

"That is because there is so much growth on car manufacturers' balance sheets and I think that is quite a difficult conundrum for the regulators.

"The other area that I find concerning, and Virgin Money are not in this, is personal unsecured loans that people might take out for a new kitchen or conservatory.

"The pricing on those loans is very low at the moment. I saw a pricing chart only last week and they are being priced at about 3%.

"I would say that probably there is an issue there that the price of unsecured loans is not pricing in the real risk of how they might perform in a good economy, let alone in one that might have an uncertain outlook."

Bank customers sparked a run on Northern Rock in 2007 after the lender's over-reliance on the wholesale markets, as opposed to customer deposits, left it dangerously exposed when the sub-prime mortgage crisis struck the United States.

Lengthy queues formed at cash points and shares in the bank tanked, as it entered a full-blown liquidity crisis that forced Gordon Brown's Labour Government to ensure its future by taking it into public hands in February 2008.

The move paved the way for Northern Rock to be split into a good and bad bank in January 2010, with Virgin Money taking over its "good" operations, including 75 branches, a £14 billion mortgage book and  £16 billion retail deposit book.

However, the wounds from Northern Rock's demise have not fully healed, with the NRock Small Shareholders Group still fighting for compensation over the losses investors experienced when the bank was nationalised.

Ms Gadhia said she was initially met with opposition when she revealed her intent to intervene in the Northern Rock crisis.

She said: "I was away one weekend reading the newspaper and having had time to think I realised that I had the experience of a mortgage business because I used to run Royal Bank of Scotland's mortgage business.

"I thought customers would want the Virgin brand to lead them through this issue.

"So I got home on a Sunday evening and sent an email to about 50 people and said 'do you think we should get involved' and 49 people came back and said 'don't be so stupid'.

"I remember one of my friends and colleagues walking up my drive at 5am the next morning and I said 'what are you doing here so early?' and he said 'I've come to stop you making a fool of yourself'.

"The good news was that Richard Branson thought it was the right thing to do and it's surprising how 49 people jump into line at that point."

However, she added that the UK financial sector is better protected than a decade ago.

The Bank of England has attempted to shield the UK financial system since the banking crisis of 2008 by forcing high-street lenders to hold extra capital.

However, Sir John Vickers, who led the Independent Commission on banking, said the Old Lady of Threadneedle Street has not gone far enough.

He said the financial system was not in "imminent danger of a big collapse", but warned that there was still no guarantee it could adjust in an orderly way if interest rates returned to pre-crisis levels.

He said: "It is good that ring-fencing is happening in the UK given the size of the balance sheets and global exposure, but I am disappointed it is not happening elsewhere in Europe.

"The area that concerns me the most, and where there is a big difference of view with the regulatory community, is this issue of bank capital.

"Where there has been substantial capital building it needs to go further. I was disappointed when the Bank of England didn't go further last year when they had a golden opportunity to do so.

"The BoE's own model implies that bank capital levels should be much higher if you feed sensible assumptions into it rather than assume that untried counter-cyclical and resolution policies will work wonderfully."