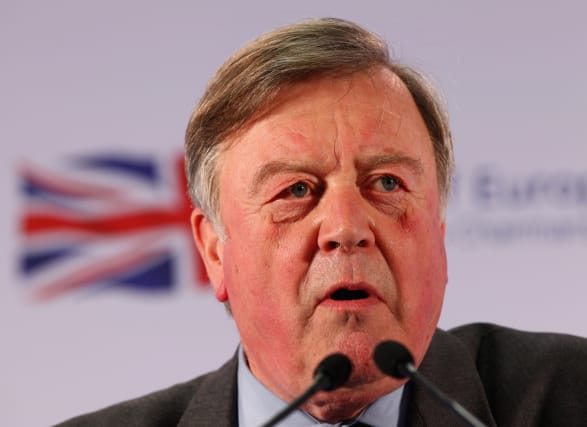 Former chancellor and Tory veteran Ken Clarke has warned anti-immigrant Brexit supporters that Britain must embrace a "multiracial, multicultural" society if the UK hopes to thrive in the 21st century.

The 77-year old said that the majority of voters in his generation had reacted to an influx of foreign nationals  with an irrational fear that it had resulted in "too much" change for Britain.

"The pressures that (mass immigration) produces are what are causing the distortion of politics, the rejection of traditional parties, the breakdown in respect for authority, the establishment and we've got to find a way of getting rid of that.

"If you're going to be a successful state in the future world in the 21st century, when you live in a big prosperous city that's thriving, you'd better get used to a multiracial , multicultural, multinational society and join people like me in rather enjoying it."

The 77-year-old was speaking as part of a panel in London, following the release of the Henley & Partners - Kochenov Quality of Nationality Index (QNI), which showed that a hard Brexit would sharply impact the value of British citizenship, particularly if freedom of movement is scrapped, leaving Brits without the right to work and settle across dozens of EU states.

The UK currently ranks 11th among the highest quality citizenships in the world, but that ranking could be at risk.

Mr Clarke said that despite his own arguments, the UK is still "doomed to leave the European Union" and is on track to erect barriers in order to bar freedom of movement.

"The public have got to be promised that there will be thousands and thousands fewer of these people coming (to the UK), and that's going to drive us into a situation which this index describes - which if we're not careful - is the huge diminution in our own nationality."

The MP for Rushcliffe complained that newspapers have reported his support for the EU as a "furtive look backwards".

"Saying it's been the foundation of our role in the world for the past 40-odd years and it's one of the underlying causes of our rapid growth in prosperity over those years, that won't be reported."

Mr Clarke is among a group of pro-European Tory MPs who earlier this week proposed a number of amendments to Theresa May's flagship Brexit Bill, signalling a rough ride in the remaining stages of its passage through Parliament.