Hunt for jogger who pushed woman in front of bus: new image of suspect released 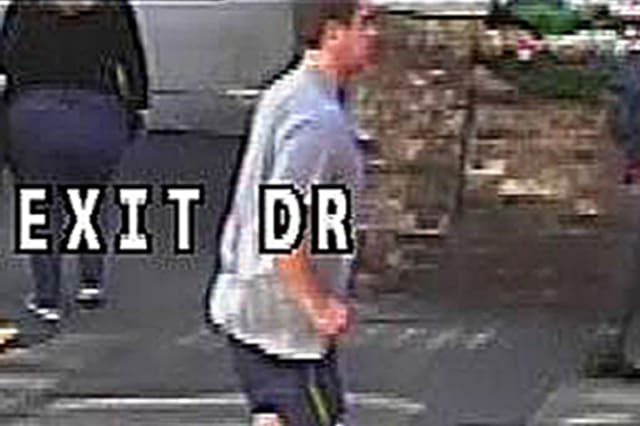 Detectives investigating the assault of a woman who was pushed in front of a London bus by a jogger have released a further CCTV image of the suspect.

The CCTV still was taken from the number 430 bus which narrowly avoided the woman as she was pushed into its path on Putney Bridge, south west London, on May 5.

About 15 minutes after the incident, the jogger came back the other way across the bridge. The 33-year-old victim tried to speak to him but he did not acknowledge her and carried on jogging towards the north side of the river.

A Metropolitan Police spokesman said he is described as a white man, aged in his 30s, with brown eyes and short brown hair. He was wearing a light grey T-shirt and dark blue shorts with grey trainers.

Two men, both aged 41, have previously been arrested in connection with the investigation but were released without further action.

Detective Sergeant Chris Griffith, of Wandsworth CID, said: "Images of this alarming incident have been circulated widely and we continue to work through the information received to identify the man responsible.

"We are grateful to those who have assisted so far. However, I am also appealing for anyone who has given just a name to contact police or Crimestoppers again with as much information as possible so we can fully follow up those lines of enquiry."

The bus driver, Oliver Salbris, has been labelled a hero for his quick actions in swerving to avoid the woman. He told the Sunday Times he thought he was going to hit her.

"If I hadn't swerved, I would have smashed her head," he said. "It was reflex. The consequences would have been terrible for her - and for me."

He said the jogger "looked like he was doing it on purpose".

China pushes emergency use of Covid-19 vaccine despite concerns