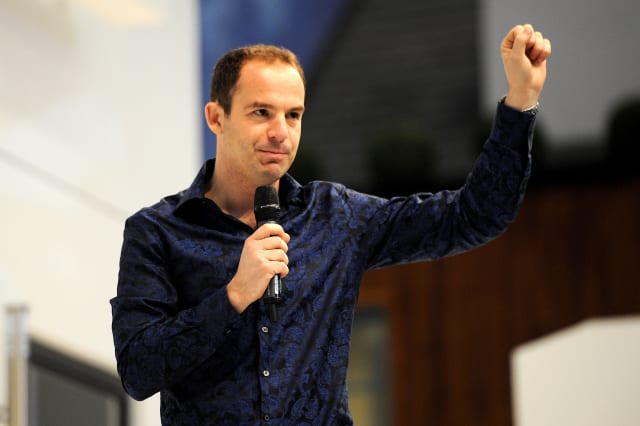 Financial expert Martin Lewis of the MoneySavingExpert website is up in arms after discovering that fraudsters are using his name and photo as part of their scams.

When you devote your career to helping people make good financial decisions, there can be little worse than discovering that scammers are exploiting your trustworthiness to rip people off.

And Martin is determined to get the message out, releasing a video on Twitter warning people not to trust the fake Facebook ads.

"I'm afraid to tell you there's a host of dodgy companies whether scam firms, misleading firms or name-alike firms that are trying to leech of the hard-earned reputation of me and this website to sell you things with an implied recommendation, which is an absolute unmitigated lie," he says.

"I never do Facebook adverts. If you see them, they are not true. If I ever did allow my name to be given to something it would usually be a charity and I would always insist that there was a link back to an article on MoneySavingExpert that explained it. If you don't see that, don't trust it, it isn't true."

Perhaps the most outrageous example, says Martin, is a cloud trading scheme that claims he's invested half a million pounds into it believes it's a fantastic investment.

"It is a con, it is a scam," says a furious Martin. "It's about binary trading, it is a brilliant way of losing money, do not touch it, do not sniff it, do not smell it, do not go near it. It has nothing to do with me."

In other cases, scammers have even been knocking on people's doors and exploiting his name to try and make sales.

And the scams have in some cases been highly successful, with one man who fell for one having lost £19,000.

Other scam ads are using the BBC logo to try and make their claims appear legitimate; one's used a fake Sun article to claim that Lord Sugar supported one particular money-making scheme.

Facebook users should always be cautious when reading about a celebrity endorsement of a financial scheme. Don't click on these ads directly; instead go straight to the site concerned and see whether the endorsement or special offer actually appears there.