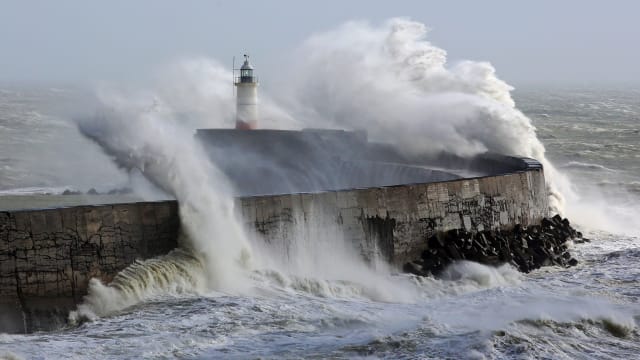 Aileen, Iona and Larry could be blowing into the UK and Ireland over coming months.

They are among the monikers which will be given to storms over the coming year, under a scheme to give names to the strongest weather systems by the Met Office and Met Eireann.

The scheme aims to raise awareness of severe weather, and prompt people to take action to prevent harm to themselves and their property.

A storm is named when it is deemed to have the potential to cause medium or high impacts on the UK and/or Ireland.

Surveys conducted after named storms show increases in awareness and action, the forecasters said, with 89% of people polled after last year's Storm Doris aware of the severe weather.

Most (94%) of those aware of the storm had found the severe weather warnings useful, and 82% of those who had taken action felt they were right to do so.

Last year was relatively quiet, with just five storms named, from Angus in late November 2016 to Ewan at the end of February. In comparison, 11 storms were named in the 2015/16 season, the first year of naming UK and Irish storms, beginning with Abigail in mid-November to Katie at the end of March.

Once again this year, the names have been compiled using suggestions from the public to the Met Office and Met Eireann.

The forecasters said this year's storm season looked to be getting off to an unsettled start, with low pressure moving in from the west towards the end of the week and delivering a wet and windy weekend.

Storms are not named using the letters Q, U, X, Y or Z in line with international naming conventions.

Coronavirus: Woman fined £660 for refusing to tell police why she'd left her home

Trump says PM’s coronavirus approach could have been ‘very catastrophic’

Timeline: How ministers have responded to Covid-19 testing needs during outbreak