How to make a fortune from everyday items 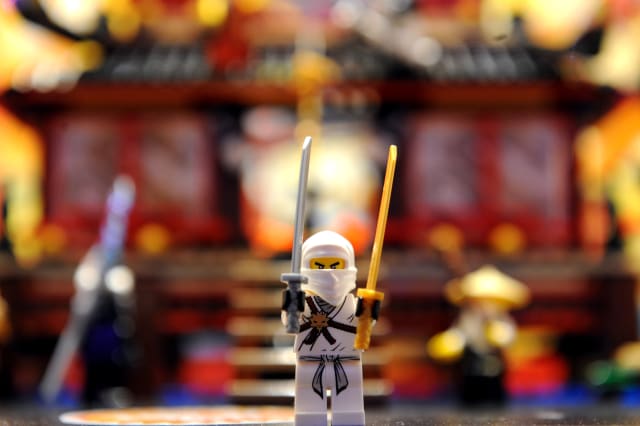 Do you have cash in the attic? We read all the time about the everyday items we all bought years ago, which are now worth a small fortune.

Unfortunately, many of us had no idea of their value, and chucked them out a long time ago. If you have nothing in the attic beyond spiders and photos, one expert has suggested an unusual solution.

SEE ALSO: The classic games in your attic worth thousands

SEE ALSO: A fortune in toys lurking in the loft?

Apparently there are a number of everyday items - some of which you are probably using, and some of which are still on sale - which could become the collectors' items of the future.

21st Century collectables expert, Tracy Martin, has teamed up with Gumtree to put together her predictions of the top ten everyday items of today that are likely to be worth a small fortune in years to come.

1. First Edition Modern Books
(Dan Brown – Da Vinci Code; Philip Pullman – Northern Lights; Stephenie Meyer – Twilight; George RR Martin – Game of Thrones). You can buy them now and put them away for the future. Alternatively, you can keep up with the next book from popular authors and snap up an early copy to put aside for later.

2. Licensed Toys and Figures
(Bratz; Power Rangers Dino Charge; Ninjago LEGO; Harry Potter LEGO; Star Wars LEGO). Martin points out that people always want to recapture their youth, so if you have old toys you might want to hang onto them, and if you catch the next fad at the start, you can snap up one or two items just in case they go on to become collectibles.

Martin suggests looking out for merchandise that is associated with a blockbuster film or hit TV series, for example Game of Thrones or the latest Star Wars franchise, as these items have an increased chance of becoming collectables in years to come.

3. 1st Generation Apple iPod Shuffle.
There are still plenty of people using these, or keeping them in a drawer somewhere. Now that they are being discontinued, there's renewed interest in buying them online.

5. Designer and High Street Clothing Collaborations
(Kate Moss for TopShop; Balmain for H&M). If you can bear to join the queue for the release of these, Martin says: "they have all the right ingredients to make them highly prized possessions in the future," thanks to a "good designer name," their "original affordable price" and "unique style that epitomises the era".

8. Emma Bridgewater Home Accessories (particularly the Portable Radio).
As a general rule, Martin also suggests buying (or hanging onto) items that had a short manufacturing run or are only available for a limited period, as the small production numbers will ultimately boost their potential worth.

Getting the right item, however, is only half the battle: condition is central to the price people will pay for your collectibles. Martin says you should ideally keep them in their original packaging, then place them in waterproof and mould-resistant storage containers - especially when packing away toys and technology. If you are lucky enough to get a desirable first edition, whatever you do, don't read it: damage to the pages or spine will dramatically reduce the value of a modern first edition.

She adds that they should also be stored in a room with a controlled temperature. If they are stashed away in a loft or garage, then they could become damaged due to the varying hot and cold temperatures.

If you actually want to use these things, you should ideally get your hands on two of them, and keep the other in its original packaging, in a plastic storage container, in a cupboard in the spare room.

That way, the next time you hear about collectibles being worth a small fortune, you'll be celebrating your foresight instead of lamenting the car boot sale when you sold a bashed up version for 50p.