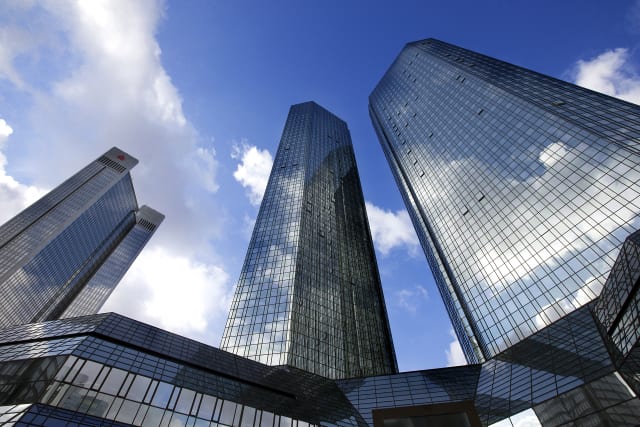 The chief executive of Deutsche Bank has said Frankfurt is now battling New York and Singapore for UK banking jobs in the run-up to Brexit, having already emerged as a clear winner among its European peers.

John Cryan said that while financial hubs like Paris, Amsterdam and Dublin would undoubtedly benefit from the UK's post-Brexit exodus, none have the infrastructure to take a large portion of business from London.

"For months there have been discussions regarding which location is set to profit the most once London is no longer within the European Union.

"I cannot fully understand this debate because as I see it, the race had already been won before it even began," the Yorkshire-born CEO said during a banking conference in Frankfurt.

But some banks may be looking at whether to strip down their EU operations and shift jobs further afield.

"It is always an option for an international bank to retain only the absolute minimum and to carry out practically all tasks that are not connected to direct client contact in America or Asia.

Deutsche Bank is already preparing to settle more of its transactions in the German financial hub, and told staff earlier this summer that roles may be shifted to Frankfurt as it prepares for a Brexit outcome that is "worse than people can imagine".

But Frankfurt will have to "catch up" with London and upgrade its infrastructure if it plans to compete with international peers, Mr Cryan explained.

He said the German city needs to build more attractive urban housing, ramp up its culture and leisure offerings by slotting in "a dozen additional theatres and few hundred restaurants," and create a "dense network" of service providers to help support major banks, insurers and asset managers.

He added: "None of this can be achieved within the space of a few months, but it doesn't have to be either.

"The shifts in Europe's financial industry will not have been completed by the time the United Kingdom officially leaves the EU.

"However, the decision whether Frankfurt really wants to become the number one financial hub in the European Union must be made now."