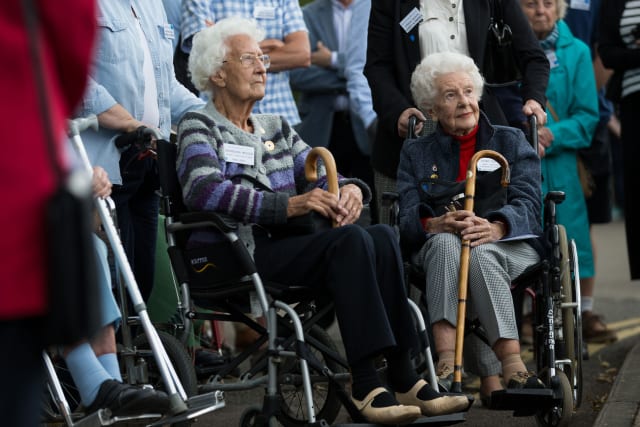 More than 100 veterans gathered at Bletchley Park, Buckinghamshire, where the German Enigma cipher was broken during the Second World War.

Military historians believe this was one of the conflict's major turning points - enabling the British to unlock German navy messages and save Allied convoys.

Arthur Maddocks, 95, remembered being given lines of code by "clever boys next door" when he would look for patterns and feed it through a machine.

The Oxford-educated economist told the Press Association: "The work was repetitive, like solving a puzzle over and over again, but you were sustained by remembering its vast importance.

"If it had been worked out correctly, out would come a stream of beautiful clear German text. It was absolutely sensational, a revelation. I thought to myself 'the war's over, the Germans can't possibly win'."

Mr Maddocks, who became a diplomat after the war, said: "It's rather an exaggeration to be called heroes - the real heroes were the poor buggers doing the fighting."

Some 10,000 staff - three-quarters of them women - from aristocrats to secretaries worked at the stately mansion at the height of the war, while thousands more were posted overseas.

Scores of former workers - most well into their 90s - gathered in the sprawling grounds to remember their efforts.

Betty Webb MBE, 94, had been handling top-tier Nazi communications about the Holocaust as an 18-year-old typist - but only found out decades later.

She said: "Outside your own office, nobody talked about what they did. You had to be very strict with yourself.

"I guess I was more involved than I thought at the time. It became more and more apparent as the years passed how important Bletchley was ... it helped shape the world as we know it."

Bletchley was chosen as the main intelligence site as cities were more likely to be bombed, and housed some of the world's most gifted minds such as computer scientist Alan Turing.

Staff who worked in intelligence had to sign the Official Secrets Act and could not talk about their work for decades. 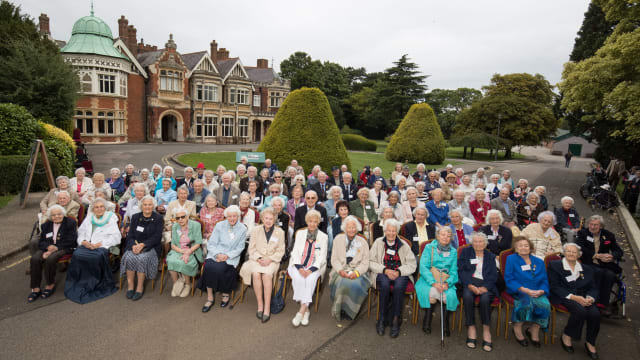 But the code-breaking push was not all completed from inside the gates of Bletchley.

Doris Tuffin, 94, talked of the "relief" of being able to discuss her wartime work, having been a transmitter in Colombo, Sri Lanka.

She said: "We were all proud Brits and that's why we signed up. Hitler was taking other countries but he jolly well wasn't having ours.

"It's such a relief to come here because you had to keep the secret for so long."

The former member of the Women's Royal Navy Service (WRNS) said she joined up because she "loved the sea".

November marks the centenary of the WRNS being established - and scores of its first generation were in attendance.

Mrs Webb, who went on to become an army recruiter and was even sent to the Pentagon as part of a British team, added: "If it wasn't for Bletchley we might not be dealing with the world we are today ... I feel very privileged to have been part of it."

Sunday marked 78 years since Britain, whose prime minister was then Neville Chamberlain, declared war on Germany on September 3 1939, following Hitler's invasion of Poland.