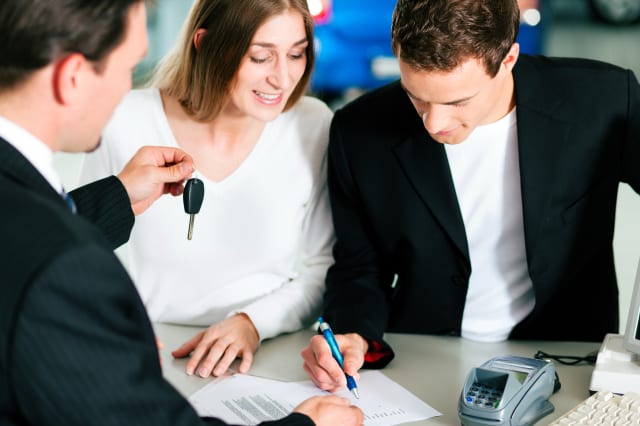 Before you sign up for that appealing car finance deal, you should consider what happens if you have an accident.

There's been a massive surge in the number of motorists using personal contract purchase (PCP) deals to buy new cars, with the proportion now up to 87%.

SEE ALSO: Brits are badly in debt - and millions are panicking

These deals allow motorists to have a new car for a few years, in return for monthly payments. At the end of the term – typically three to five years – they can choose whether to pay the remainder and own the car, or simply hand it back.

However, 450,000 vehicles are written off in accidents each year, with another 76,356 stolen - and warranty and insurance service MotorEasy believes that very few drivers with PCP deals understand the implications if this happens before the end of their agreement.

If the vehicle is written off or stolen beforehand, insurance companies typically only pay the market value of the car at that point.

That's likely to be significantly less than the finance settlement figure at the same point, leaving the motorist with a financial shortfall.

"PCP deals are a great way of financing a new car but motorists should be made aware that it is simply a standard hire purchase agreement, with a deferred settlement figure," says MotorEasy founder, Duncan McClure Fisher.

"Before that settlement figure is paid at the end of the agreement, you are just as exposed as with any other finance arrangement."

It probably won't come as any surprise to hear that MotorEasy offers insurance to cover the gap between what your insurer will pay out if your car's written off or stolen and the amount you still owe the finance company.

But drivers should think very carefully before taking out a PCP deal in the first place, with the amount of debt owed on car finance having risen 15% in the last 12 months.

Research from car dealership Parkers has indicated that four in ten drivers don't bother to get advice before taking up a finance deal, and that of those that do 7% have no idea how PCP works.

There's a danger that your car could be worth less than expected - particularly if it's a diesel model - leaving you in negative equity.

"For many consumers [PCP]offers access to a car that would otherwise be unaffordable," says Joanna Elson, chief executive of the Money Advice Trust.

"However, it is important that the affordability of offers is fully assessed and that consumers are clear on the terms so that they know from the outset what they are committing to, and can plan accordingly."

6 PHOTOS
How to buy a classic car
See Gallery

How to buy a classic car
Up Next

In Pictures: 80th anniversary of Battle of Britain marked in small ceremony