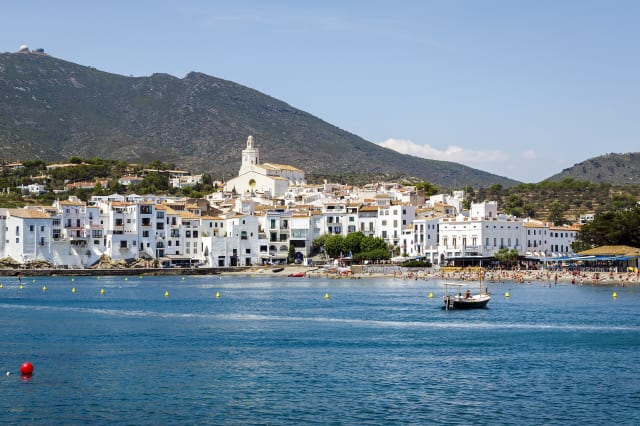 Every summer, the number of people investigating overseas retirement shoots up - after the annual summer holiday opens our eyes to what life could be like if it was that bit sunnier and closer to the sea. There are ten destinations we're most likely to be drawn to.

1. Spain
This is the most popular place for Brits to dream of retirement - by quite a margin - with expats drawn to the sunny weather, relative affordability, and large expatriate community that makes it feel like home.

2. US
The enormous variety on offer in the US means there's a retirement to suit anyone - with the added bonus that everyone speaks English in most States. You can also pick your weather - and can stick with the sunshine if that's what appeals the most.

3. Australia
The weather, the outdoors lifestyle, and the fact that everyone speaks English is a huge bonus. And while it may be tricky to come home very often, there will be no shortage of people who want to visit for a holiday.

4. France
Expats are attracted by the fact that the weather is marginally better than in the UK, and that property prices are far lower. There's also the advantage that it's not too far away to come back to Blighty every once in a while.

5. Italy
The third most popular European country for expats offers a vibrant lifestyle in its cities, and affordable living in the hills and by the sea. The weather is a major attraction too, for expats sick of the rain.

6. SE Europe
The combination of lower property prices and a far lower cost of living means retiring in beautiful places like the Czech Republic and Greece can buy a higher standard of living than may be available in the UK. The weather is more attractive too.

7. Portugal
This has many of the attractions of life in Spain, and although the expat community here is smaller, it is concentrated in particular areas, so it's easy to track down your fellow Brits if that's what you have in mind.

9= Far East
The weather, the natural beauty on offer, and the low cost of living in many parts of the Far East make this a major consideration for thousands of pensioners.

9= New Zealand
The Lord of The Rings trilogy helped open many people's eyes to the stunning scenery in new Zealand. For those who want to get away from it all, in an English-speaking community, with plenty of other expats, it has a great deal to offer.

10. Canada
There's a huge variety on offer in Canada, and with much of the country speaking English, it's accessible to expats too.

Of course, retiring overseas is very different from the lifestyle you experience on holiday, so there's a great deal to consider when picking a spot for retiring abroad. There are five particularly key issues for retirees.

1. It's vital to look at arrangements for the state pension. At the moment, if you retire in Europe, there's a reciprocal arrangement in place, so your pension will rise with UK pensions. In the US, by contrast, there's no such agreement in place, so your state pension is frozen on the day you leave - and will therefore be rapidly eroded by inflation.

2. You also need to plan for your health. Once you leave, you will no longer be entitled to treatment from the NHS, so look into your local rights, and where sensible, consider taking out health insurance in case you get ill.

3. Consider currencies. For those who have their income paid in pounds, or retain British assets, the collapse of the pound in recent months has been a painful lesson in how things can change when currencies move. It means you need to factor fluctuations into any plans you make.

4. Think too about local laws and customs, and whether you will be comfortable integrating into them. There are those who retire overseas and live a very British lifestyle among expats, but studies show that over the long term, the more integrated expats become, the higher their quality of life.

5. Finally, you need to think about the long term and what you will do if you need long term care. Is the kind of care you want available in the location you have chosen, and if not, would you be happy relocating at that stage in life?