The most expensive cities for a round of drinks revealed 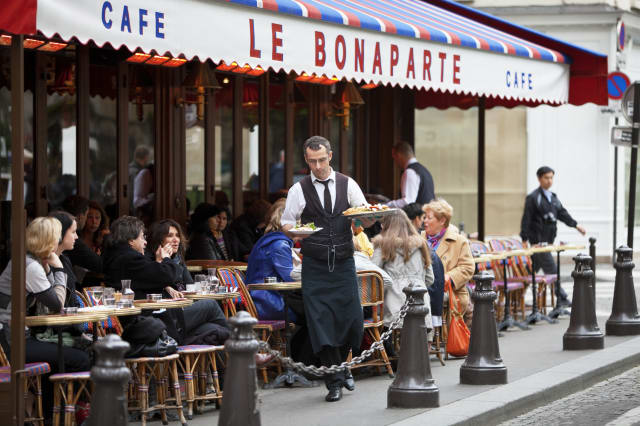 If you're off on holiday to Paris this summer, then brace yourself for bad news at the bar: it has been named as the most expensive city in the world for a round of drinks. In the city of romance, a round including a beer, a coffee, a Coke and a glass of water will set you back an eye-watering £13.68.

See also: The most outrageous 'dine and dashes' revealed

The study, by ethical coffee supplier Honest Coffee, looked at the cost for Brits to buy a round - after exchanging their dwindling pounds - in 30 cities around the world.

Australia is home to some surprisingly expensive cities in the study. It has always been notable for costing the earth to get there, and is now clearly somewhere that will fleece you for every last penny when you arrive too.

Movements in the exchange rate have had a pronounced impact on the cost of shopping in the US too. Where once it was considered a shopping destination, now the fact that a beer in Chicago will set you back £5.22 or a cup of coffee in LA £3.06, goes to show that you'll have to keep track of your cash if you're travelling to the US.

At the other end of the spectrum, Cairo emerged as the cheapest place for the round - at just £3.92.

The dominance of Africa, South America and India on this list, may offer food for thought for travellers this summer. Certainly the cost of getting to these destinations is fairly astronomical, but the prices when you arrive could make the trip less expensive overall than somewhere closer to home with sky-high prices.

Of course, what's not shown by studies like this is something we know from cities we are more familiar with: that wandering slightly off the beaten track pays dividends. In London, for example, you can leave the swanky bar of a posh hotel, walk for less than five minutes to a Sam Smith's pub, and get a round for almost half the price.

Wherever you go, therefore, if you check travel blogs for advice, and talk to locals, you can track down far lower prices a stone's throw from the overpriced cafes and bars in the tourist traps.

Ten best cities in the world to get a beer
The home of Oktoberfest, each autumn around 6 million people come to the city to partake in the local beer culture. Due to the high standard set at the festival, it’s only Munich brands like Paulaner that are served.
Home to roughly 1,000 pubs, this is where to come to enjoy great beer and wonderful atmosphere. Apart from the pubs, most popular attraction in Dublin is the Guinness brewery  - but Dublin is not just known for Guinness: other popular local brews such as Kilkenny, Harp and Smithwicks.
With some of the country’s biggest exports including Heineken, Amstel and Grolsch it should be no surprise that the country’s citizens drink on average 20 gallons a year in the many pubs and cafes that line the canals.
Prague is the home of pilsener beer and comes in first in the world for beer per capita consumption: it's been said that residents of the city drink, on average, 40 gallons of beer per year. It is thought that beer has been brewed in the city since the year 993.
The Belgians' love of beer is only matched by their skill in producing it. Every September the city hosts the Belgium Beer Weekend in the heart of the city - an event not to be missed.
London is home to some of the world’s oldest and most traditional pubs, and is also one of the first locations to brew stout and pale ale. The city has also just experienced a revival of its craft beer scene.
Known as the beer capital of the Great White North, Vancouver is home to one of the country's first craft breweries, The Horseshoe Bay brewery.
Tokyo is the world's largest city by population and boasts a thriving (albeit pricey) craft beer culture. Beer gardens, major breweries and even a beer museum can be found in the city too as well as the annual Great Japan Beer Festival.
The city claims to have the highest concentration of pubs in the whole of Europe and there's no doubt that the beer culture in Scotland's capital is one of the best on offer in Britain.
Up Next