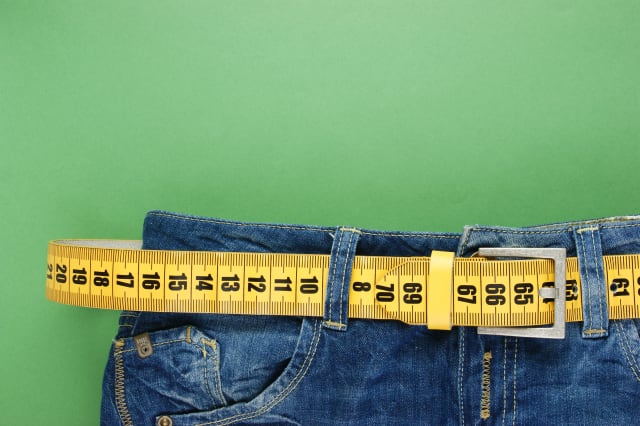 People in the most overweight areas earn an average of £5,000 less a year than those in areas where more people are a healthy weight. The question is why? What comes first, the low wages or the obesity - or are they actually two symptoms of the same problem?

A study by we:bo looked at the top 20 most overweight areas, and discovered that the average salary was a fraction over £19,000 a year. Meanwhile, the average wage in the healthiest weight areas was just over £24,024 a year.

Part of the problem is due to the prevailing attitudes about overweight people. A University of Exeter study filtered its results to remove factors other than weight - including education or upbringing - and revealed that overweight women earn less than lighter women. It highlighted that if you took the same woman with the same intellect, same CV, and same background and sent her through life a stone heavier, she would earn £1,500 a year less. A separate Swedish study found that men who are obese at the age of 18 grow up to earn 16% less than their peers of more average weight.

Straightforward discrimination plays its part. Some employers are worried about the company image being associated with obesity, while others feel overweight people must be lazy or unable to do active jobs. In some cases this is not an active choice, but a subconscious prejudice.

There is also an element of self-selection among people carrying more weight. They may suffer from low self-esteem, which makes them less likely to apply for higher-paying public-facing jobs - and more likely to take lower-paid manual work behind the scenes.

There's also the question of what comes first - the weight issue or the low income. Typically, people from poorer backgrounds tend to be more prone to obesity. According to Department of Health figures, the poorest children are almost twice as likely to be obese than the richest.

A study in the European Health Journal a few years ago blamed the fact that calorie-dense food is likely to be cheapest. When money is tight, it's easier to see why families would prioritise the food that fills them up rather than fresh fruit and vegetables.

The we:bo researchers erred on the side of this argument. Sanjeev Virdi, co-founder of we:bo says: "As personal fitness trainers we were really interested in seeing if there was any correlation between obesity rates and things like average wages, the number of fast food outlets and even the number of gyms available." It also found that there were 22% more takeaway outlets in overweight and poorer cities, so those with less money are targeted with unhealthy, cheap food, which exacerbates the problem. Those same people may well live in 'food deserts', where it's difficult to access cheap, nutritious food - especially if you don't have a car.

Symptoms of the same thing

However, instead of arguing whether the chicken came first or the egg, one option is to view them as symptoms of the same thing. If you look at the areas with the highest rates of obesity, they include several areas of deprivation, and those with high unemployment and few options.

By contrast, those with high wages and healthy weights tend to be well off areas in the South of the country, with good employment prospects and more opportunities. The fact that London is on the list has a striking impact on wage levels.

Arguably, therefore, both obesity and low wages are symptoms of living in a relatively deprived area. The depressing thing about this is that there's no easy solution. You can't just put people on a diet in order to boost their earning potential. Likewise, you can't fractionally improve their income with grants and benefits to transform their health prospects.

The only solution for either of these massive issues is to transform the areas themselves, so people grow up with more opportunities and more options both for work and for food. Unfortunately, MPs telling us to eat more vegetables and lecturing us about exercise isn't going to cut the mustard.