Ransomware attacks on the rise: could you be a victim? 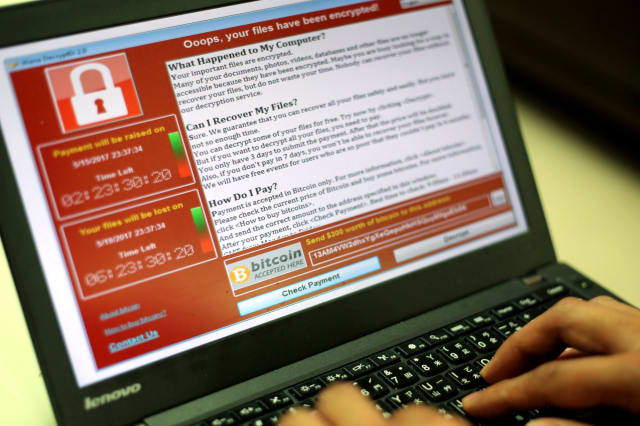 This is the year that Ransomware became big business. Previously attacks tended to be launched by groups of hackers and geeks, producing their own brand of malware and spamming it to users. Now it has become an organised multi-million pound criminal business, where gangs without any technical know-how pair with the geeks for targeted attacks on businesses and governments, and share the profits.

See also: The bizarre piece of ransomware that forces you to play a game

A report by Kaspersky Lab looked at how ransomware has developed over the past 12 months. It found that attacks are on the rise - up 11% in a year to almost 2.6 million around the world.

High profile attacks have hit the headlines in the past 12 months too, including the WannaCry attack that took down systems in a number of NHS Trusts, and an attack that hit UCL in London in June. Financial institutions are increasingly under threat too - because criminals can demand enormous ransoms.

Should you be worried?

For the average user, it might be tempting to breathe a sign of relief that ordinary users are not the primary targets any more. However, there are several reasons why this would be unwise. First, just because attacks on businesses are growing faster, it doesn't mean that individuals are off the hook. In fact, the number of individual PCs under attack continues to rise,

In addition, having our banks and favourite shops attacked is every bit as worrying as facing an attack ourselves. There's no knowing what information they are privy to when they attack an institution. And where a business is forced to hand over hundreds of thousands of pounds in ransoms, there's only one place that extra money is going to be coming from - its customers.

It's also worth bearing in mind that while we can take steps to secure our own computers and phones against ransomware, by buying reputable virus protection, and keeping it updated, it's much harder to guarantee that every business we use is taking equally effective measures.

The report also highlighted that by developing an effective business model, the criminals have ensured that these attacks are enormously profitable for them. It means that more criminals will be drawn to the arena, and the number of attacks is going to continue to increase.

Ilia Kolochenko, CEO of web security firm, High-Tech Bridge has an even bleaker view, adding: "Law enforcement agencies lack coordination on the global and even national level, and face a serious shortage of the necessary resources to fight this emerging niche of cybercrime. Bitcoin and other digital currencies virtually guarantee untraceability to the attackers. Users will probably not change their careless behaviour, and will continue to pay ransom to get their data back for practical and pragmatic reasons. Therefore, ransomware will likely to continue its impressive growth over the next few years."

It seems, therefore, that it's essential to protect ourselves, to invest in virus protection, and make sure we back up regularly, so that if the worst comes to the worst and we are locked out of our PC, we have a way to retrieve all the data we lost in the attack.