What is a hung parliament? And what does it mean for your money? 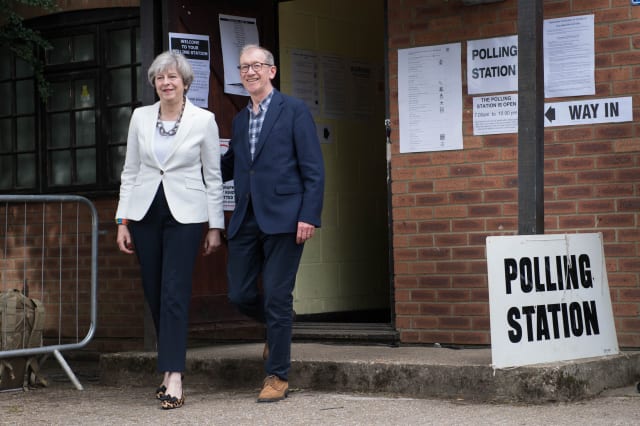 A hung parliament means another election has yielded yet another big surprise. When Theresa May called the snap election, she was confident the end result would be a bigger majority that would strengthen her hand in Brexit negotiations.

However, a mixed campaign and a massive turnout has produced precisely the opposite result. The Conservative majority has shrunk so far that the end result is a hung parliament. The question is, what next? And what does it mean for your finances?

SEE ALSO: What the election could mean for your money

The only certainty is that the immediate impact is going to be a period of frantic negotiation and uncertainty. The UK system means that in order to win outright, a party needs 326 votes, and without that, we end up with a hung parliament. It means that despite the Conservative Party getting the most votes, it has no overall majority.

Who will be in charge?

In a hung parliament, the incumbent government will usually stay in power in the immediate aftermath, and will have the first opportunity to form a workable government. This may be an official coalition, or a decision to run a minority government, and seek votes from other parties for each policy it wants to pass.

The Conservative Party could therefore form a majority through a coalition, or a loose arrangement. The SNP and the Liberal Democrats have said they will not enter into a formal coalition, which limits the options. The Conservatives, however, could form a coalition with the DUP, which has enough seats to bring them to a majority.

This would require close negotiation and would still only yield a very small majority, which would make it difficult for significant controversial legislation to be passed - as backbenchers and the minority member of the coalition would wield enormous power. It could mean issues such as the dropping of the pension triple lock and the changes to means testing for social care (dubbed the dementia tax) are shelved.

However, there is a chance that the decision to call a snap election that backfired spectacularly makes Theresa May's position impossible, and the Conservatives could struggle to put together a workable majority.

In this case, the Labour Party could come to Number 10, as a minority government. They would then either need to form a coalition with a number of smaller parties, or govern as a minority party, negotiating support on each policy.

The direction of travel will depend on the party at the helm, the negotiations, and the type of agreements in place. However, it could go in one of two directions. With a Conservative Party and DUP arrangement there will be discussions on DUP issues - including the European border with the Republic of Ireland and the nature of Brexit, the DUP support for the pensions triple lock, and its call to prioritise spending on health and education. There may be other issues, such as the DUP stance opposing gay marriage.

With a minority Labour Party government, meanwhile, there is likely to be a tempering of more controversial policies that are not shared by the other minority parties. Support for more spending on health and education might be widespread, for example, while renationalisation policies may struggle to get broad-based support.

What does this mean for your pocket?

In policy terms, we will have to wait and see, although if a Conservative coalition is formed, less popular policies are now unlikely to see the light of day. Steven Cameron, Pensions Director at Aegon points out that: "While reforms of state pensions and social care funding featured heavily in the campaigning, they are now unlikely to be short term priorities. The Conservatives' proposals on both issues are at odds with those of other parties, making them particularly challenging to push changes through Parliament. Ironically, the political uncertainty we face could actually create short term stability on pension and savings policy."

Tom McPhail, head of policy for Hargreaves Lansdown, agrees: "One of the critical issues of the election campaign; the Conservatives were right to raise the issue of care provision and funding but arguably it was this as much as anything which lost them the election. Implementing policy change on this huge area of policy would have been challenging for a strong government, now it looks a massive uphill struggle for the next government to bring through any really meaningful change in this policy area." He adds: "The Triple Lock is undoubtedly here to stay until 2020 and possibly for longer now; the Conservatives were alone in campaigning for its abolition after 2020."

McPhail says the Conservatives policy of raising the personal allowance to £12,500 will probably still happen, but he adds: "Increasing the higher rate threshold may not be so easy to deliver now and the tax burden on the wealthy and higher earners is only likely to increase."

In the event of a minority Labour government, those policies with support from a number of parties may stand the best chance of gaining traction. Higher tax rates on the wealthy and maintaining the pension triple lock, for example, have support from Labour and the SNP, while changes to the married couples allowance, and repeal of tax cuts on inheritance tax and capital gains tax have support from Labour and the Liberal Democrats, which could make them workable policies. A cap on energy bills, meanwhile, is one of the few policies agreed by both the Conservatives and the Labour party, which could help them come to an agreement.

It's difficult to ascertain who will be in power, let alone what they will do. What we do know, however, is that we are entering a period of uncertainty, which will go down incredibly badly with the markets. We can expect the housing market to remain paused, stock markets to react with significant falls in the short term, and the pound to collapse - at least in the short term.

The housing market ground to something of a halt in the wake of the uncertainty surrounding election campaigning. There was some hope that a final result would give buyers and sellers a bit more confidence and get the market moving again. Clearly this is not going to happen. This may simply mean the market stagnates for a period. Alternatively, if sellers get increasingly desperate, it could usher in a period of modest price falls. Founder and CEO of eMoov.co.uk, Russell Quirk, comments: "Whilst the UK voter may understandably develop electoral fatigue, transactions in the property market may also stay somewhat anaesthetised until it's re-awoken by something more politically and economically decisive than we have seen over the past 24 hours."

The stock markets, meanwhile, are likely to react more quickly and dramatically. Nigel Green, the founder and CEO of deVere Group warns: "we're entering into a perfect storm of chaos and the uncertainty is set to unleash mayhem across global financial markets, at least in the short term, as they react to the growing question marks hanging over the British parliamentary landscape. We can expect the pound to fall considerably, gilt prices to rise and UK-orientated stocks to come under further pressure as the UK tries to get a handle on what is happening before it officially starts the Brexit negotiations."

Before anyone makes any hasty decisions around their investments, however, Patrick Connolly, a Certified Financial Planner with Chase de Vere, points out that: "The impact of election results on stock markets tends to be short lived, as very quickly the uncertainty passes and stock market movements are again driven by global factors and general investor sentiment. It should be remembered that the UK stock market has risen significantly since the EU Referendum result and the US market has risen since the election of Donald Trump. The message for investors is very simple. While they may be feeling uncertain about what happens next, they need to remain calm and rational and understand that any short-term noise from the election result is likely to be just that, short-term."

The collapsing pound (which reacted fairly dramatically to exit polls suggesting a hung parliament) may put a floor under the share price drops, but in the short term it could also mean this summer's holiday season could become strikingly more expensive. Anyone hunting for a good deal at the moment, who hasn't bought their currency, may therefore be better off tracking down an all-inclusive deal. Jon Ostler, UK CEO of finder.com/uk suggests: "Brexit has already added 11.9% to the price of a holiday and if you're booking travel or buying currency, hold onto your money and think about going all-inclusive."

Holidaymakers will be pleased to know, however, that a weak pound is not guaranteed in the longer term. Richard Berry, founder of the currency specialists, Berry FX points out that: "There are so many variables in play that the Pound could even rise in the days ahead as the likelihood of a soft and more palatable Brexit increases."