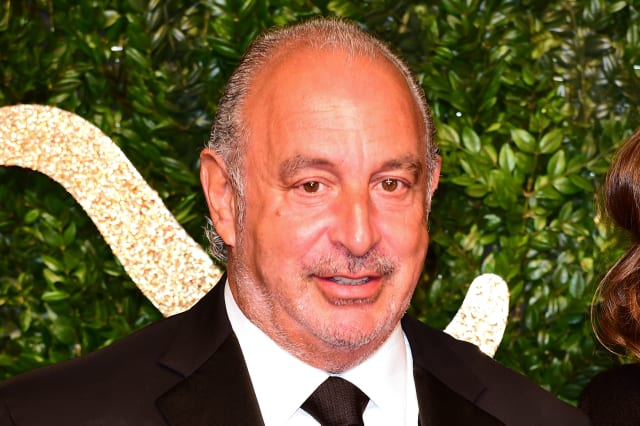 The figures include a £26.4 million exceptional cost relating to BHS, while other one-off charges relate to onerous leases on the group's properties.

"These (exceptional costs) relate to fixed asset impairment, provisions for onerous leases and costs related to the administration of BHS in the year and subsequent regulatory investigations," Taveta said.

After a drawn-out saga that included a parliamentary inquiry and public outcry over Sir Philip's conduct, the tycoon agreed to pay £363 million to settle the BHS pension scheme in February.

The Topshop owner was grilled by MPs over the sale of the chain, which he owned for 15 years before offloading it for £1 to former bankrupt Dominic Chappell in 2015.

Sales at Taveta dropped 2.5% to just over £2 billion in the period, according to accounts filed at Companies House.

Taveta said: "The retail industry continues to experience a period of major change as customers become ever more selective and value conscious and advances in technology open up more diverse, fast-changing and complex sales channels.

"Clothing has also become a less important part of the household budget."

The company also pointed to Brexit for causing economic uncertainty and the collapse in the value of the pound following last year's vote.

"The group's financial performance is below prior year levels including a significant additional charge on its trading results through the deterioration of currency exchange rates.

"The group is looking at initiatives to improve margin to offset the ongoing impact of weaker sterling."

It has been reported that Sir Philip has drafted in consultants McKinsey to boost Arcadia's performance, with a focus on digital thought to be the billionaire's prime focus.