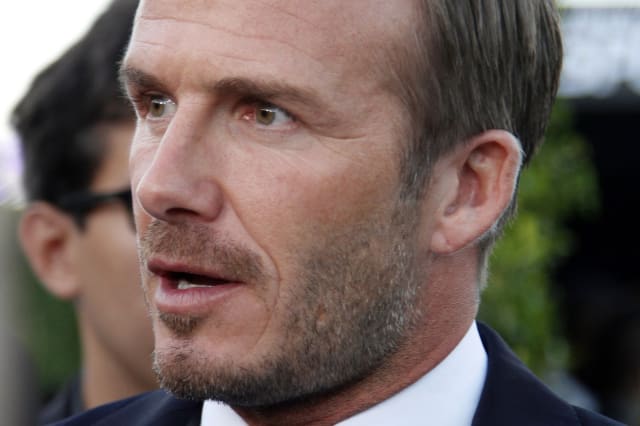 Stars including David Beckham, Gary Lineker and Ant and Dec have failed in their attempt to get a massive tax bill overturned.

The celebrities had invested in a company called Ingenious, which enabled clients to cut their tax bill by investing in big-budget movies including Die Hard 4.0, The Life of Pi and Avatar.

SEE ALSO:Is this the reason why Beckham hasn't been knighted yet?

They then recorded losses amounting to more than £1 billion, which could be offset against other earnings to reduce tax.

However, the scheme aroused the suspicions of the Treasury, which as part of a £5 billion crack-down on "aggressive and contrived" tax avoidance schemes, last year started issuing tax demands to Ingenious's clients.

And while they appealed, a tax tribunal has now ruled against them, with judge Charles Hellier saying the investments were not "allowable deductions".

HMRC has been cracking down on tax avoidance schemes over the last three years, and now expects to recoup a massive £5.5 billion in unpaid tax by the end of this year.

"[Tax avoidance] involves operating within the letter, but not the spirit, of the law," says HMRC.

"Most tax avoidance schemes simply do not work, and those who engage in them can find they pay more than the tax they attempted to save, once HM Revenue and Customs (HMRC) has successfully challenged them."

Many say they were badly advised, and that they had no idea that the scheme was suspect.

David Beckham, though, must be feeling particularly upset at the news.

The tax scandal is widely believed to be the reason that he wasn't given a knighthood earlier this year, despite having been recommended for one by Olympics chief Lord Coe.

4 PHOTOS
Celebrities caught out by a tax bill
See Gallery

Celebrities caught out by a tax bill

The former Eastender and 'I’m A Celebrity' winner was declared bankrupt a year after winning the reality show - when he didn't pay a £20,000 tax bill.

Talking about it last year, he said: “I just got caught up in it, man. I don’t want to blame anyone, but as a kid you end up spending money on sh*t. But these tax men, they find you, mate. You live and learn, don’t ya.”

The former Sugarbabe was declared bankrupt last year. She was ordered to file for bankruptcy by the High Court, after failing to pay a tax bill.

A spokesperson explained the whole thing was simply an administrative error.