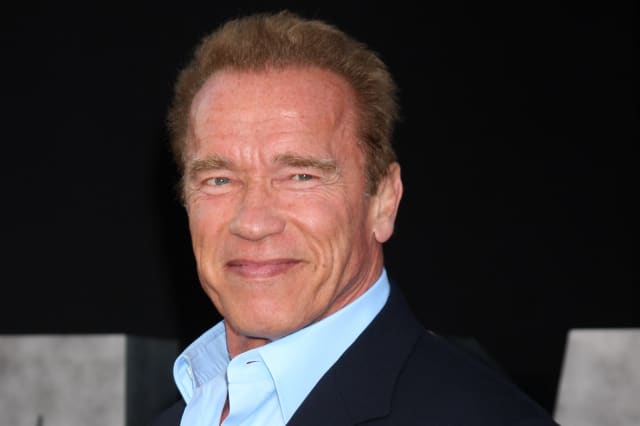 The PPI gravy train even has room for Hollywood legends. Arnold Schwarzenegger is to be paid £1.5 million to be the voice of a new advert warning people about the deadline to claim for PPI mis-selling.

See also: Celebrities cashing in on the grey pound

The Sun reported that Schwarzenegger will earn his huge payday by providing the voiceover of an advert, which will evoke memories of his 1990 film Total Recall, and plays on the idea of PPI customers trying to recall whether they were ever sold the product.

The advert is aimed at anyone who may have been mis-sold payment protection insurance. This was designed to cover loan repayments if the policyholder fell ill or lost their job. Around 45 million of the policies were sold over about 20 years, but it later emerged that in many cases it was sold poorly, to those who were not suitable, and in a way that meant many people had no idea they were paying for the insurance.

The advert is part of a broader awareness campaign designed to highlight the fact that a deadline has been imposed for claims, so anyone who has a claim to make needs to submit it before 29 August 2019. The deadline was introduced by the Financial Conduct Authority in order to bring an end to the rumbling mis-selling scandal.

The huge sum is being funded by banks and finance companies who sold the controversial loan insurance in the first place. However, there are those who argue that the money could be better spent on actually working to identify and contact the victims of the scandals, and reach them direct.

Schwarzenegger will join a legion of stars who became the unexpected faces of finance. And there have been some really odd choices.

George Cole: Those with very long memories will remember the adverts he starred in as Arthur Daley, for the Liquid Gold account from The Halifax. The character was known for his dodgy deals, so it's fairly apt that the account (which hasn't been open to new customers for the past six years) now pays an astonishingly poor 0.05% interest.

Iggy Pop: In 2009 the musician became the face of Swiftcover. What makes this an even more unexpected choice was that at the time Swiftcover's small print meant it wouldn't cover pop stars - so the face of the product couldn't actually buy the cover he was claiming to have. The policy was swiftly changed, and Iggy made regular appearances for the firm.

Kerry Katona: Using the former bankrupt as the face of Cash Lady turned out to be something of a miscalculation. The first advert was banned for targeting vulnerable people, then to add insult to injury the star went bankrupt again. She was soon dropped from the gig.

Martin Clunes: The actor appeared opposite the cartoon dog in Churchill adverts, and all was going well until a year after he signed up. Clunes revealed he had accumulated 12 points on his driving licence, and as a result had received a driving ban. Suddenly he seemed like a less obvious choice.

Stacey Solomon: There was no controversy when Stacey Solomon was announced as the new face of NOW pensions - just bafflement. Even Now Pensions agreed most people wouldn't naturally associate the reality TV star with their finances, but insisted that this was part of her appeal.

The power of celebrity endorsement

Murray already has a handful of multi million-pound endorsement contracts – the largest of which is his current five-year deal with Adidas, worth up to £15m, according to Forbes. He is also the face of sports brand Head, Swiss watchermaker Rado and RBS bank.

The Sun now speculates that his Wimbledon victory will see his potential earnings soar to £100m.

A mutually beneficial yet rocky partnership, Jamie Oliver's 11-year stint as the face of Sainsbury's is thought to have earned the celebrity chef more than £10million.

Demonstrating the power of celebrity endorsement, when Oliver suggested that home cooks grate nutmeg over spaghetti bolognese – part of Sainsbury's "try something different" promotion – the supermarket sold nine tonnes of the spice, an amount equivalent to the previous two years' sales.

Former pop diva Myleene Klass shed her Hearsay days to build her own personal brand and become one of the faces of Marks & Spencer from 2007 to 2012, before leaving to become brand ambassador for Littlewoods.

Klass was reportedly paid £1million a year to front M&S and one ad campaign, starring Klass and Dannii Minogue, was credited with boosting year-on-year sales by 5.3%.

The former football star's 20-year association with Walkers Crisps, which runs until 2015, is one of the most successful and long-running endorsement deals involving a sporting celebrity.

Lineker has received his fair share of criticism for putting his face a behind junk food brand, but the relationship has seen him net a reported £1.5million a year and boost sales of Walkers from 1.34 billion to 2.75 billion in the first seven years of Walkers' 'No More Mr Nice Guy' campaign.

With her alleged drug scandal all but forgotten, Topshop boss Sir Philip Green signed up Kate Moss to design a line for his highstreet fashion brand in 2006. The UK deal was said to net Kate somewhere in the region of £3 million and she was credited with boosting Topshop sales by more than 10%.

The eighth highest paid athlete in worldwide sport, brand Beckham drew in
$37 million in endorsement deals in 2012, according to Forbes, dwarfing his $9million earnings from the sport.

During his 20-year career he has fronted Emporio Armani, Breitling, Adidas, Police, Gilette and Pepsi, and attention doesn't look set to wane despite his recent retirement. New additions to his endorsement portfolio include Burger King, Sainsbury's and Samsung; he also launched his Bodywear line in 2012 with H&M as a partner and signed a lucrative five-year contract as an ambassador for Sky.

With her conviction of assault on a nightclub toilet attendant brushed firmly under the carpet, the Geordie girl can do no wrong – first voted World's Sexiest Women by men's mag FHM in 2009 then landing a £500,000 global advertising deal with L'Oréal Paris.

The Girls Aloud singer and X Factor judge continues to front the French beauty brand, who describe the star as a 'leading style icon.' Indeed Cole has graced the cover of British Vogue twice, the first time becoming the highest ever-selling February issue in the title's history.

As one of the most marketable drivers in Formula 1, Lewis Hamilton was unveiled as the £10 million face of sports clothing manufacturer Reebok in 2008. The lucrative deal lapsed when he joined Mercedes because of the team's existing deal with Puma, however many more advertisers are now vying for the attention of the 28-year-old 2008 Formula One World Champion.

Golden Girl Jessica Ennis witnessed her earnings soar after her stunning performance at the London 2012 Olympics.

Adidas started as Ennis' most valuable sponsor – with her pre-Olympic contract reported to be worth £320,000 annually. However the heptathlete is now reported to be earning in the region of £5million from sponsorship deals with Jaguar, Coca-Cola-owned Powerade, Satander, Sky Sports, Omega watches and Procter & Gamble's skincare brand Olay, in addition to private medical insurance providers PruHealth and PruProtect.

Golden Girl Jessica Ennis witnessed her earnings soar after her stunning performance at the London 2012 Olympics.

Adidas started as Ennis' most valuable sponsor – with her pre-Olympic contract reported to be worth £320,000 annually. However the heptathlete is now reported to be earning in the region of £5million from sponsorship deals with Jaguar, Coca-Cola-owned Powerade, Satander, Sky Sports, Omega watches and Procter & Gamble's skincare brand Olay, in addition to private medical insurance providers PruHealth and PruProtect.

The supermarket chain signed up Blumenthal and fellow celebrity chef Delia Smith in 2010 on lucrative three-year contracts to front the brand through adverts and promoted recipes, as well as lending their name to dishes sold by Waitrose.

Waitrose dropped Delia in January 2013 but hangs on to Heston – likely due to the monumental success of his 'hidden orange' Christmas pudding. When it launched in 2010 the chain's entire supply of 25,000 puddings sold out within weeks, leading subsequent years stock to be stripped from supermarket shelves and sold on eBay for up to 15 times their retail price.