Ten bizarre former jobs of the rich and famous 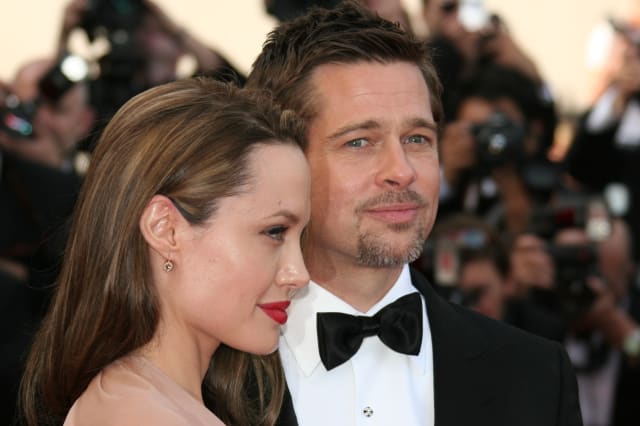 We all have to start somewhere: not even celebrities walked into a life of fame and fortune the day they left school. And while some took fairly everyday jobs as waiters and waitresses, shop assistants and handymen, others had somewhat less expected early forays into the world of work.

SEE ALSO: How will Gordon Ramsay's kids make their fortunes?

Inspired by five oddities dug out by Bobbooks.co.uk, we reveal ten of the most surprising former jobs of the rich and famous.

1. Brad Pitt reportedly had an unusual job when he first arrived in Hollywood: he dressed in a chicken suit to entice customers into fast-food joint el Pollo Loco.

2. Damien Hirst spent his long summer breaks between university years working at a mortuary in Leeds. Who could have known at the time that an in-depth knowledge of the preservation of remains would come in so handy for his eventual career.

3. Whoopee Goldberg apparently also had a job in a funeral parlour, perfecting the make-up of the deceased. Before that, she worked as a bricklayer.

4. Dan Brown, of The Da Vinci Code fame ,had a whole other career before deciding to become a novelist: he was a songwriter and pop star.

5. Before Victoria Beckham hit the big time as Posh Spice, she was a jobbing actress and singer. Among her more unexpected roles was for a BBC sex education programme, in which she played a sperm on rollerskates.

6. Kanye West may have discovered his love for fashion in one of his early jobs - as a clothes folder for Gap.

7. Demi Moore would be a pleasant surprise for anyone if she showed up on the doorstep. It wasn't always the case though, because she used to be a debt collector.

8. JK Rowling made ends meet with a number of jobs, including working as a researcher and secretary for Amnesty International.

9. Jon Bon Jovi may be all about the rock and roll now, but once he was all about the glitter and the tinsel - because he made a living as a Christmas decoration manufacturer.

10. Christopher Walken, meanwhile, takes the title for the oddest former job - he was a lion tamer. It's worth noting, however, that he was only 16, and actually performed in the circus playing the part of the lion tamer's son, rather than cracking the whip and holding a chair himself.

15 PHOTOS
The best jobs in the world
See Gallery

The best jobs in the world

What qualifications do you need? If you're a fan of Disney, between 5'4" and 5'"7, a size 10 and between 18 and 27 you might be in with a chance of becoming a Disney Princess! The role pays £11 an hour and you need to be an excellent public speaker and good with children.

Did you know? Tinkerbell and other fairies have a specific height requirement of between 4'11" and 5'2"

What qualifications do you need? Are you dexterous with great attention to detail and the ability to follow instructions? Then you could become a senior Lego sculptor in Denmark while being paid £8.20 an hour!

Did you know? Legoland Windsor is made up of 55 million bricks.

This has to be the perfect role for adrenaline junkies and rollercoaster lovers around the world. What qualifications do you need? All you need is a strong stomach, a passion for travel and be happy with doing your dream job for free.

Did you know? Kingda Ka in Six Flags Great Adventure, USA, has the record for world's longest rollercoaster drop.

What qualifications do you need? Well, you'll need to be able to swim, obviously. If you're lucky, you could be paid £20,000 a year to splash around on the slides.

Did you know? Action Park in New Jersey holds the world record for having the longest water slide at 2000ft long.

What qualifications do you need? If you're resourceful, can swim and snorkel and love making new friends, then island keeper may be the career for you and you could make as much as £78,000 doing it!

Did you know? The original Island Keeper was Brendon Grimshaw who purchased Moyenne Island in 1964 for $20,000, it's now worth millions.

What qualifications do you need? You'll need to be physically fit, have a SCUBA certification and a bachelor's degree in an animal-related field to become an animal trainer but you could earn £20,850 doing it.

Did you know? Dolphins can stay alert for more than 15 days by sleeping with one half of their brain at a time.

What qualifications are needed? A sweet tooth is a distinct advantage for this this £41,000 per annum ice cream tasting job  - but isn't as easy as it may sounds. As well as healthy taste buds you'll need a Bachelor of Science degree in dairy science or food science too.

Did you know? John Harrison has been a professional ice cream taster for 30 years and has tried nearly 200 million gallons of ice cream.

What qualifications are needed? You'll need dive theory knowledge, first aid skills and Padi certifications before you'll be allowed to take to the seas and earn £27,500 as a senior scuba instructor, but it's worth all that training for a life in the Caribbean.

Did you know? Once you get below 10 metres depth while scuba diving you can't see red or yellow. If you cut yourself your blood will look blue.

What qualifications do you need? To become a £36,500 per annum Great Barrier Reef caretaker you'll need a love for wildlife, adventure, a BSc in Marine Biology and resourcefulness.

Did you know? The venom of the Australian box jellyfish is considered to be among the most deadly in the world.

What qualifications do you need? Very good fitness levels. If you've always wanted to go 'Down Under' and have a passion for nature and the outdoors as well as a sense of adventure and resourcefulness then a £52,000 per annum career in the Outback may be just right for you.

Did you know? The Australian outback is more than 2.5 million square miles in area and is home to several different climate zones.

Calling all big kids out there! If being imaginative, thinking like a child and dreaming outside the box sounds just like you then you should volunteer as a toy tester!

Being a chocolate taster may sound like a dream job but it could become reality if you have a serious sweet tooth, love of chocolate, cultured palate! No smokers allowed for this £35,000 job because it ruins your tastebuds.

Did you know? Humans have around 7,500 taste buds in their mouths.

Unbelievably dog surfing coach is actually a real job and you could earn as much as £51 an hour doing it if you're great with animals, SGB/ISA approved and love the outdoors.

Did you know?  Hungtington Beach in California isn't just a hotspot for human surfers. For the last five years it's played host to the Annual Surf City Surf Dog contest!

What qualifications do you need? Being physically fit with a strong knowledge of coconut trees and risk management could land you a £17,061 per annum job these days!

Did you know? 150 people die every year from falling coconuts.

If you're wondering what job you can use your BA in structural, electrical and mechanical engineering for and earn £60,000 we might have the answer - become a rollercoaster engineer!

Did you know? One of the most famous rollercoaster engineers had intense motion sickness and couldn't go on more than 80 of the rides he had designed.