Is living online good for our finances - or for society? 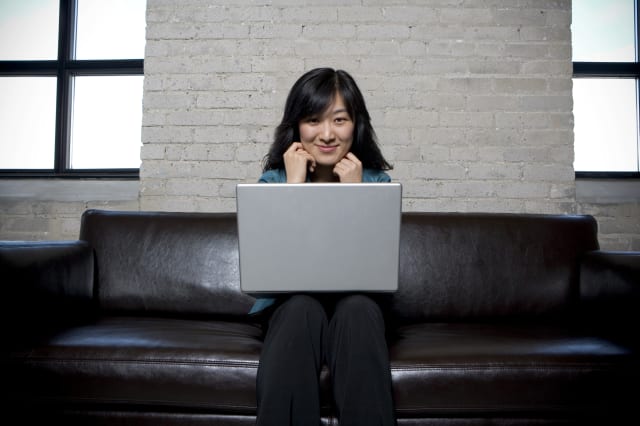 The average Brit hasn't visited a cinema in a year and a supermarket in a month. They've not been to the seaside for two years either, because technology means we're not leaving the house anywhere near as often as we used to.

See also: Social media is leaving you vulnerable to scammers

A study by lottoland.co.uk found that 69% of us aren't getting beyond our front door as much as we did five years ago, and when asked why, 67% of people said it was the result of developments in technology. It also found that the average Brit hasn't been to a high street clothes shop in five months, or a bank branch for a year and nine months.

On the one hand, in many cases this is great news for our finances. Rather than spending a small fortune at the cinema, 42% of people said they preferred to watch films through streaming services like Netflix and Amazon Prime. Given that 58% of them felt cinema ticket prices were off-putting, this has been a brilliant money-saving development.

Similarly, buying groceries online can be a great way to cut down on spending, because it helps control impulse purchases, and makes a big difference when shoppers are trying to stick to a list. Anyone with children also bypasses the whole issue of pester power - which can easily add extra chocolate, crisps or magazines to the shopping bill if you are forced to drag your offspring round the shops. It's partly why 76% of people said they preferred to buy their groceries online.

Online banking, meanwhile, is not only more convenient (71% agreed it was), it's also more effective. The vast majority of banking is carried out this way and it's easy to see why. Some 29% of people said it was easier to save and keep track of their money when they could see it all in one place online.

However, the tendency to avoid the real world isn't universally positive. There's a real risk that if too many people go online, there won't be enough custom to enable anyone to operate in the real world. This is bad news for small, independent traders, who are a vital part of any local high street, and rely on passing trade to make a living.

It's also a major worry for those people who don't want to go online. This is something we have seen happening to banking over the years. More people banking online has led to the closure of more and more of the high street banking network. For those people who don't have access to the internet, or aren't able to bank online, this leaves them trying to manage without a local branch.

Meanwhile, you have to ask whether it's terribly positive for society in general. Do we really want to live in a world where nobody bothers stepping outside into the real world, getting to know their neighbours or supporting local shops?

What do you think? Would you happily live entirely only? Let us know in the comments.

Save money on shopping

This takes time, but once you know the cost of a phone call, putting the dryer on, or a bag of potatoes, it enables you to judge far better how much you can afford to consume.

Once you know the base price, you are in a position to keep your eyes open for a better offer. If you see a discount you can judge for yourself whether it actually constitutes a bargain. For bigger things like utilities it enables you to do a proper price comparison and see if you can cut your bills.

Don't just assume that the premium range is better, try the every-day brand, or even the basic version and see if you spot the difference. Likewise, consider trading down your supermarket from one of the big players to local markets or discounters like Aldi.

If you plan what you buy to match what you actually cook and eat then not only will you be able to budget far more effectively, but you'll also waste much less and find your money goes further without you having to try.

If you can't think of a way to get your meat for less, consider a vegetarian day once a week. If you can't find petrol any cheaper, then work on making your driving as efficient as possible. The more you can think of clever alternatives the less you will have to make painful cuts to make ends meet.