The unhappiest places in the country revealed 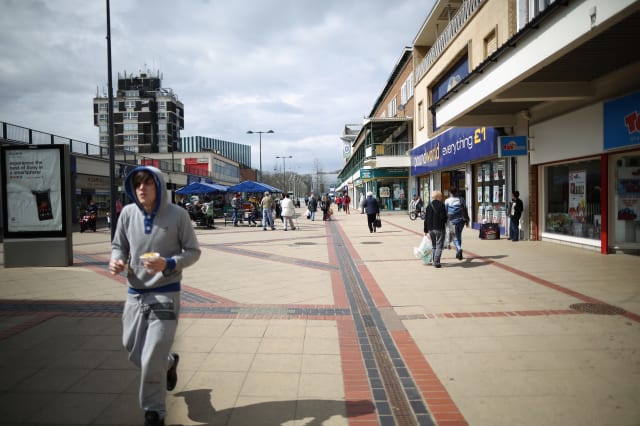 People in Corby are the unhappiest in the country, according to a poll from the Office for National Statistics.

The Northamptonshire town has the highest level of unemployment in the county, and one in five children live in poverty.

Other places topping the misery list include West Lancashire, Burnley and Preston - both also in Lancashire, where jobs are harder than average to find.

Northern Ireland had higher levels of wellbeing than England, Scotland or Wales, while the Welsh were the most anxious.

People were asked about how satisfied overall they felt with their lives, and to what extent they felt their lives were worthwhile - as well as how happy or anxious they'd felt the day before.

And overall, levels of anxiety rose between the years ending September 2015 and 2016 - possibly reflecting fears raised by the Brexit referendum. However, average life satisfaction, worthwhile and happiness ratings stayed much the same.

The UK's best places to live

"At a time when economic measures are generally improving, this is not necessarily reflected in how people tell us they are feeling about their lives," says Matthew Steel, a researcher with the ONS.

"Whilst it is too early to say why anxiety ratings have increased slightly and why life satisfaction, happiness and worthwhile ratings have levelled off in the past 12 months, we know from our previous research that factors impacting most on people's personal well-being include health, work situation and relationship status."

The researchers suggest that part of the pessimism may be down to fears about the future of the country's young people, particularly following the referendum vote.

But, they say, it tends to be worries about their own health and work situation that concern people the most.

The hardest places to sell your home in the UK

The 13 unhappiest places in Britain

The UK's ugliest towns (according to Crap Towns)