The £4.5 billion we're literally throwing away 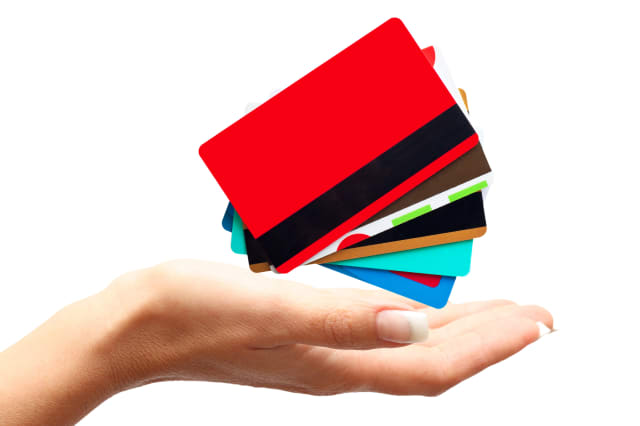 Are you guilty of throwing money away - by ditching loyalty cards? A new study has revealed that 87 million people have lost a loyalty card - complete with all its stamps or points. Meanwhile, millions more of us lug cards around with us, collecting points, and then never getting around to using them: there are an estimated £4.5 billion worth of loyalty points sitting unused in people's accounts.

See also: Are supermarket loyalty cards worth the bother?

Our track record for making the most of schemes isn't good. Research has been released by Caffè Nero which shows that 25 million Brits have lost two to five paper loyalty cards in the last year, and in excess of 87 million cards in total.

Some 43% of people just lost the card, 42% stuck it in a forgotten corner of their wallet and forgot about it, and 20% have accidentally left it in a pocket and put it through the wash.

The coffee company is trying to get around this by launching a loyalty app called Yoyo Wallet to replace its cards - which offered a stamp with every coffee - and a free coffee with every ten stamps.

This should hopefully keep the cards themselves safe, but experience would seem to indicate that there's no guarantee that we will suddenly become loyalty card geniuses.

We'll still forget them at the checkout, forget our points, or end up using them in the lease effective way possible. There are therefore seven rules we all need to follow to make the most of loyalty schemes.

1) Never change your habits for points
One of the reasons these schemes were set up in the first place was to encourage you to buy things you wouldn't have bought otherwise, or shop somewhere different, in pursuit of points. If you end up spending more than you would have without the loyalty scheme, you are guaranteed to be worse off.

2) Always claim the points
It's irritating to have to keep lots of cards in your wallet, and it's tempting to think that with the cutbacks some stores have made in the generosity of their schemes, they're not worth bothering with. However, if a shop or restaurant is running a scheme, then they are paying for it out of money they are making from you. If you are effective paying for a scheme, you should make sure you benefit from it too.

It's also important to remember your card each time you shop, and consider the points regularly. Some paper cards require a certain number of stamps, so it's clear when you have collected enough. Others will just accumulate points on the card, and the only way to tell what you have is to go online. For these cards, it's worth making a note in your diary every three months to check what you are carrying on each card, and whether you have earned enough to cash them in.

3) Go online
Some schemes are very straightforward - like when you collect 10 stamps for a freebie. Others, however, are far more complex. Nectar, for example, is far more rewarding if you regularly visit the website and load your card with special offers. Make time to visit sites like this to make sure you are collecting as many points as possible for your shopping.

4) Think carefully how you spend points
In many cases, there are special promotions which will boost the value of your points. Tesco Clubcard has ended these promotions, but Nectar still offers them. It's therefore worth checking when these promotions tend to run.

5) Check partners
Some of the schemes run with partners, so you get several times the value if you spend the points with the partners. Clubcard is a really good example of that - where you can get up to four times the value for your points depending where you use them.

10 tricks supermarkets use to get you to spend more
The subtle manipulation starts as soon as you enter the store when you are assailed by the smell of flowers and fresh bread, which are often placed near the door. The smell is intended to put you in a good mood and to get your salivary glands working. You are also more likely to pick up these higher-ticket items when your cart is empty. Similarly, fresh produce like fruit and vegetables (one of the most profitable sections at the supermarket) is also usually at the front because the bright colours are more likely to lift your mood than bland cartons and cans. Mist is sometimes sprayed on the fruit and veg to make them look fresh but can actually make them rot faster.