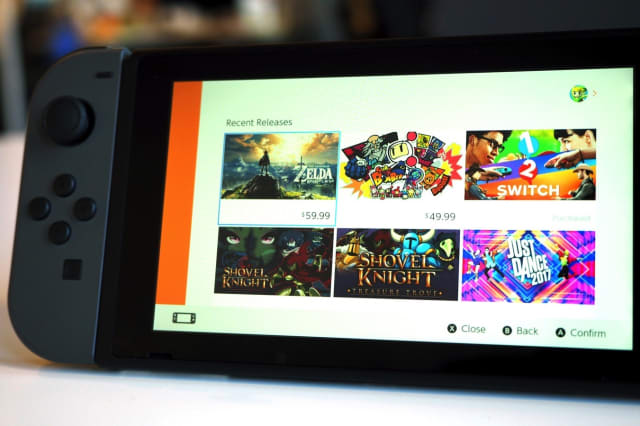 This week, why security experts are warning fans of the new Nintendo Switch console to watch out for fake emulators (online tools that allow people to play the games on other devices).

Released earlier this month, Nintendo's latest console - the Nintendo Switch - has been one of the most successful launches of 2017 so far.

However, security company Symantec is urging gamers to be on their guard against fraud after seeing a major rise in scammers offering fake Nintendo Switch emulators online.

Emulators allow smartphone, tablet or PC users to play console-only games on their devices. They are a popular online tool, despite being illegal in many cases.

But the fraudsters offering fake emulators have just one purpose: to get hold of your personal information and use it to steal money.

Most of the Nintendo Switch scams involve surveys offering potential victims the chance to get an unlock code to download a free emulator by entering their personal details.

Ways to avoid being taken in therefore include refusing to share your personal details to get an emulator code online.

"If you're looking to play emulated games on your personal computer, be wary of websites that ask you to fill out a survey to unlock content — that's a big red flag that you're being scammed," Symantec's Satnam Narang said in his blog.

To stay safe, it is also sensible to keep your computer up to date with anti-virus software.

If you think you've been tricked into sharing sensitive information with fraudsters, the first thing to do is protect any accounts that may be compromised by changing your password or login information.

Just remember to use a different PC or device to do so, as hackers may have installed programs that are able to track your movements and even the specific keys you press to change these details.