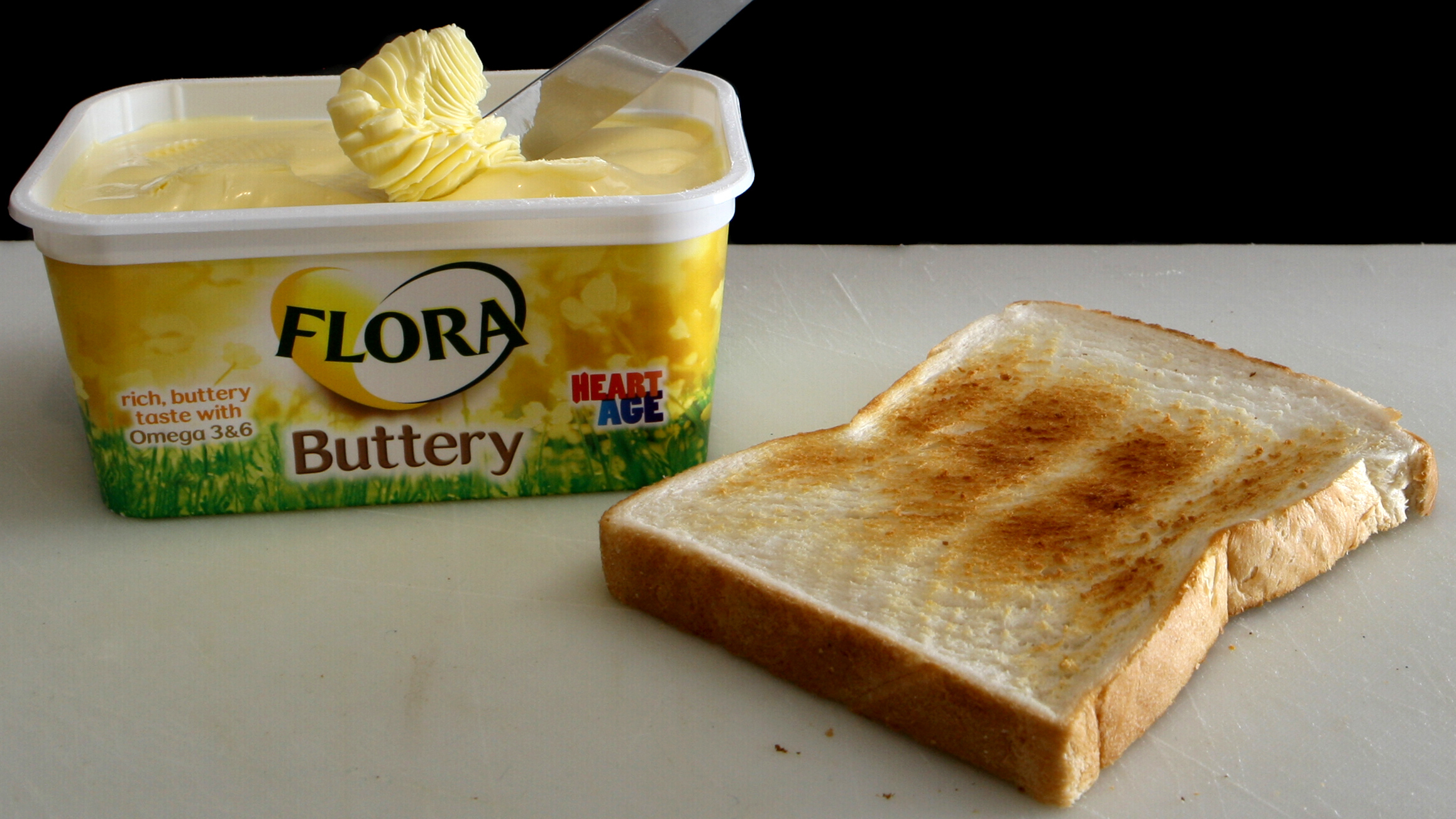 Unilever is to offload some of its best known brands, including Flora and Stork, as it revamps the business after batting off a 143 billion US dollar (£115 billion) takeover attempt from Kraft Heinz.

The Anglo-Dutch consumer goods giant concluded that the future of its underperforming spreads business, which also includes I Can't Believe It's Not Butter, "now lies outside the group".

Unilever said: "The underlying category remains challenged in developed markets and we have now taken the decision to launch a process to either sell or demerge spreads."

The sale of the division could yield up to £6 billion for the group and a number of private equity groups are thought to be weighing up bids.

The review was aimed at delivering more value to shareholders following the failed Kraft Heinz bid, and Unilever also plans to make an extra two billion euro (£1.7 billion) in cost savings that will result in some job losses.

As part of the cost-cutting measures, Unilever increased its overall cost savings target from four billion euro (£3.4 billion) to six billion euro (£5.1 billion), to take place over the next three years.

In addition, Unilever plans to combine its foods and refreshments business in a bid to boost growth.

Chief executive Paul Polman said: "Our recent review concluded once more that our strategy for long-term value creation through growth and compounding returns on investment is the right one for Unilever and for our shareholders.

"It also highlighted the opportunity to go faster and further."

The group will also buy back five billion euro worth of its shares, boost dividends by 12% and review its "dual-headed" legal structure.

The company currently has a dual-listing in the UK and the Netherlands and Mr Polman said Unilever's decision to review it was not linked to Brexit.

"Unilever realised it needed to do more for shareholders but it also has to improve margins - the appeal of Kraft's bid was being able to squeeze far higher margins out of the business - bribes alone won't work.

"The test is whether it can achieve underlying operating margin of 20% by 2020 while growing the business in emerging markets. That will generate long-term loyalty better than share buybacks."

Royal London Asset Management, which holds over 8.7 million shares in Unilever worth around £344 million, welcomed the shake-up.

Mike Fox, head of sustainable investments at Royal London, said: "We welcome Unilever's commitment to its sustainable business model, where decisions are taken in the long-term interests of the company and its shareholders.

"This approach, one which has been central to management thinking at the firm, has delivered attractive investment returns for many years."

"The increased margin targets, share buyback and sale of the spreads business are a proportionate response to the bid from Kraft Heinz, without radically changing the direction of travel.

"We would expect these actions to improve the outlook on future returns for shareholders."