How to handle price rises as inflation bites 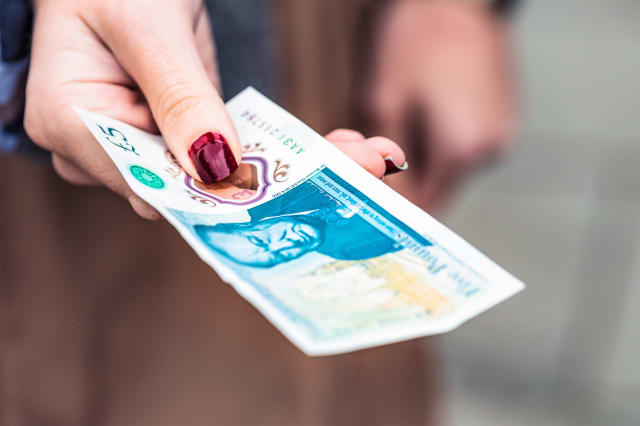 Are you feeling the pinch on your pocket a bit more at the moment? If so, it could be down to pricier petrol and a gradual hike in the cost of food.

Latest inflation figures from the Office of National Statistics show prices are increasing at the highest rate since September 2013. Prices in February were 2.3% more than a year ago, which basically means you can buy less for the same amount.

The biggest contributor to the prices hikes is transport - anyone who's been at the petrol pumps will have spotted the price per litre steadily creep up. But there are other increases which have pushed the inflation rate up.

Food prices have increased by 0.3% on average. This might seem a small amount, but it's more noticeable because in the last two and a half years they've actually been falling month by month.

What's in the inflation 'basket'?

The ONS calculates inflation based on the prices of set items and expenses. If prices are up compared to a year ago, then inflation is happening. If prices are lower, it's called deflation.

The contents of this imaginary basket are mainly everyday items like bread and socks, but it contains costs such as air fares, cars and even out-patient services. The basket changes each year to reflect consumer trends, so in the most recent update gin, soya milk and cycling helmets were added.

How inflation affects your finances

Well, the obvious thing you'll notice is most stuff you buy will cost you more. Since wages aren't going up at the same rate as inflation, your money won't stretch as far.

Use our Budget planner tool to streamline your spending

It's also bad news for savers. The top ISA and savings accounts at the moment are around the 1% mark – and there's a good chance you're getting a lot less. Either way, the higher inflation rate makes the situation worse.

So if you have £100 in a savings account paying 1%, you'll get an extra £1 at the end of the year. But with inflation at 2.3%, you may have more money but you can buy less with it than the amount you started with.

What should savers do?

That's not to say putting money away in savings is a bad idea – in fact the opposite is true.

Without a savings buffer for unexpected bills and expenses, you're putting yourself at risk of borrowing money you can't afford.

However, to reduce the effect of inflation as much as possible you should shop around for the best interest rates available. It's possible to get as high as 5% with some current account providers, though the balances are often restricted.

Why it pays to save regularly