George Osborne has said there should be no red lines in Brexit talks as he warned the vote to leave the EU had made Britain poorer.

The former chancellor also fired a warning shot to Theresa May by saying MPs must get to see and debate the plan for Brexit.

And he criticised the target she set as Home Secretary to get net migration down to the tens of thousands, which he said should not include students. 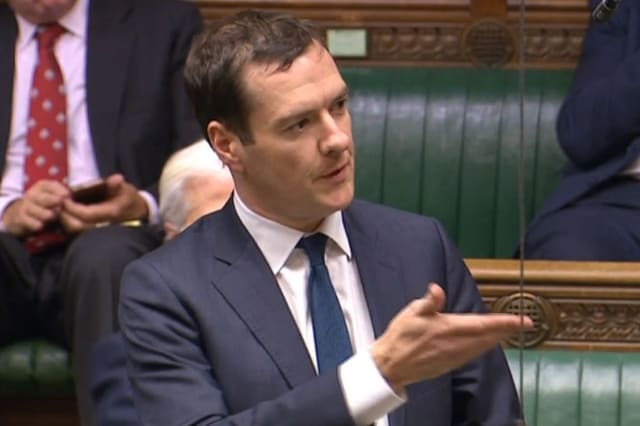 In his first major broadcast interview since leaving the front benches, Mr Osborne warned that Britain could face turbulent economic times because of the Brexit vote.

He told BBC1's The Andrew Marr show: "I sweated blood to turn the British economy around and I'm incredibly proud we got all these people into work, we made Britain the fastest growing economy in the West.

"But let's wait and see what happens. The pound fell sharply, we are not going to pretend any more that that doesn't mean the pound in your pocket isn't worth any less. Britain is poorer as a result.

"And all of the forecasts, including the Government's own independent forecast, show the economy is going to slow next year."

He said it is in Britain's "national interest" to have the "closest possible relations" with its key European neighbours including the French and the Germans.

And the former chancellor urged the Government not to discard existing free trade deals in Europe in the search for new ones elsewhere.

He said: "You can't say we are a beacon of free trade in the world and the main thing you achieve is a huge act of protectionism, the biggest in British industry."

Britain needs a "hard-headed assessment" about issues such as whether to leave the customs unions, he said.

And he urged the Prime Minister not to have "red lines" on issues like immigration.

He said: "I would not go into this negotiation necessarily drawing red lines.

"I would say we are leaving the EU - that's the only red line I would draw - let's go in there and try and get the best deal for Britain."

Concerns over immigration can be assuaged through better assimilation, he said, as he warned ministers not to "throw out the baby with the bathwater" and lose sight of the contribution immigrants make to the UK's prosperity.

He warned jobs in the financial sector could move to New York if Britain gets its Brexit negotiations wrong.

The Government has agreed to publish a Brexit plan and let Parliament scrutinise it before Article 50 is triggered next March after it was threatened with a backbench rebellion over the issue.

Mr Osborne said Parliament is going to scrutinise the process "whether the Government likes it or not".

"And of course Parliament is going to have to be central to these discussions because our Government comes out of Parliament."

He also admitted setting a target of getting net migration down to the tens of thousands "damaged" the Government in the referendum because "we didn't really have an answer" when challenged over why they missed it.

He also said he would not include students in the target, telling the show: "When I was the chancellor I thought it was not sensible to include them in the figures. But that's got to be a collective decision."