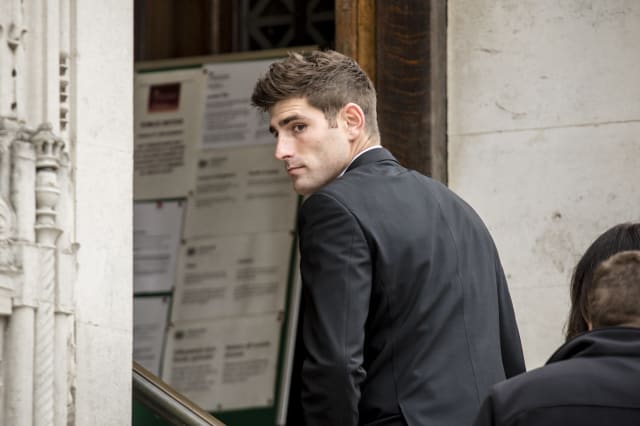 The Attorney General has suggested the law could be changed to give greater protection to alleged rape victims following the Ched Evans case.

The Welsh footballer was found not guilty of raping a 19-year-old woman at a retrial following a five-year battle to clear his name.

In a rare move, the jury at Cardiff Crown Court heard evidence from two men who had sex with the complainant around the time of the rape allegation.

The decision sparked concern that women will be put off reporting sex assaults to the police, and former solicitor general Vera Baird warned the case put Britain back "probably about 30 years".

Jeremy Wright QC said the subject is of "concern" and suggested the law and guidance around the admission of a complainant's sexual history in criminal trials could be reformed.

Speaking in Attorney General Questions in the Commons, Mr Wright said: "There is concern here and we need to accept that that concern is sensible and deal with it.

"I think what we need to look at is a number of things. We need to understand more about the decision in this particular case, we need to understand whether a change in the law is appropriate, and if not whether it is sensible to look at the guidance that is given to judges about when this evidence is admissible and the guidance that judges give to juries about how that evidence should be used.

"I think we need to do all of those things before we are in a position to understand what, if any, changes are needed."

Mr Wright said the legal provision allowing an alleged victim's sexual history to be used in evidence is not "routinely" used.

But he added: "We must be confident that the message sent to those who may be currently worried about reporting these sorts of offences is not that they are not encouraged to do so, quite the reverse, they are, and we need to make sure that those messages are clear."

The Attorney General came under pressure from Labour to outline what the Government is doing to ensure the case does not deter sex assault victims from coming forward to police.

Shadow solicitor general Nick Thomas-Symonds said there are "grave recent concerns about the admissibility of a complainant's previous sexual history in rape trials".

And he warned that "single high-profile cases can give rise to wider perceptions about the law" and urged ministers to ensure victims are encouraged to come forward.

Mr Thomas-Symonds welcomed the Attorney General's commitment to looking at the guidance that is given to judges on the issue.