Rio Olympic Games to get under way with 'cool' opening ceremony 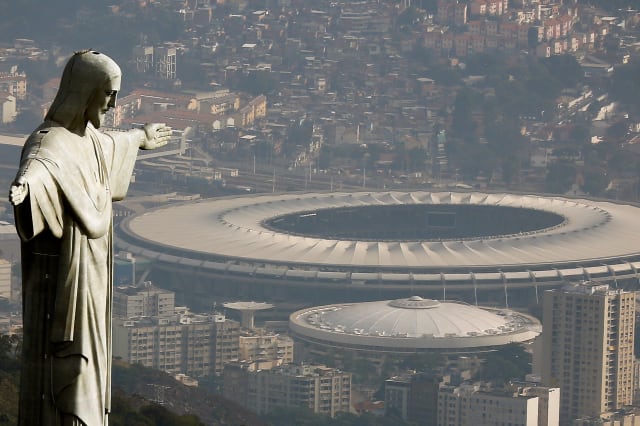 The 31st Olympic Games will be launched in Rio on Friday with a "cool" opening ceremony, organisers have promised.

The Games are ready to emerge from the shadow of the Russian doping scandal, concerns over security, water quality at several venues, the Zika virus and a backdrop of economic recession and protest, with the 'coolest party' set to start at midnight BST on Friday night.

"Athens was classical, Beijing was grandiose, London was smart – ours is going to be cool," said creative director Fernando Meirelles, of an opening ceremony that will cost considerably less than the £27 million spent on the Danny Boyle-directed one at London 2012 four years ago.

Executive producer Marco Balich said: "I would call on all the athletes to join what is going to be the coolest party they have participated in."

The ceremony will feature 5,000 volunteers, 500 musicians and 200 professional dancers and be a celebration of Brazil watched by an estimated three billion people.

The show will be based on three pillars: the garden – the importance of looking after the planet – diversity and joy. The athletes at the ceremony will all be given a tube of soil and a seedling, which will be planted in Brazil after the Games. Andy Murray, defending champion in the Olympic tennis men's singles, will be Great Britain's flag bearer.

The arrival of the Olympic torch in Rio on Wednesday was marred by mass demonstrations over the cost of the Games and Rio has 88,000 security personnel – military and police – deployed during the Games to ensure a safe environment.

Organisers will now hope that the sporting action takes over and has an uplifting effect with Jamaican sprint superstar Usain Bolt leading the way.

The British team will hope they can have a record-breaking 'away' Games by topping the 47-medal haul in Beijing and will look to the likes of London 2012 'Super Saturday' trio Mo Farah, Jessica Ennis-Hill and Greg Rutherford, plus swimmer Adam Peaty, sailor Giles Scott, boxer Nicola Adams and cyclists Laura Trott, Chris Froome and Lizzie Armitstead to lead the quest for gold.

Golf and Rugby, in the form of Rugby Sevens, return to the Olympics in Rio and a 10-athlete strong Refugee Olympic Team will compete under the Olympic flag.