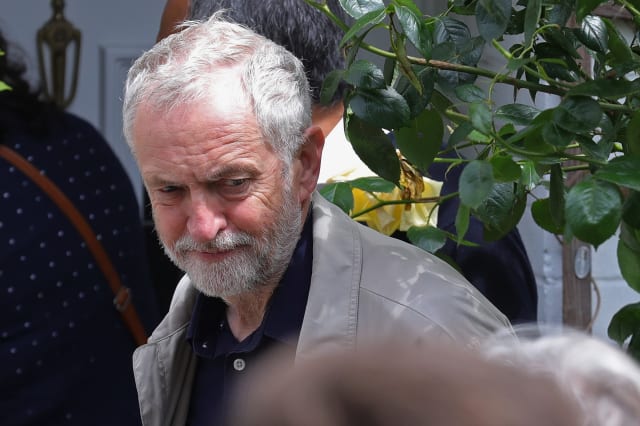 Jeremy Corbyn is facing a full-scale revolt by his top team as a string of shadow ministers quit in protest at his leadership during the EU referendum campaign.

The walkouts were triggered by the sacking overnight of shadow foreign secretary Hilary Benn amid reports that he was working to co-ordinate a coup against the Labour leader.

Here are their resignations letters in full.

"Dear Jeremy, Following our conversation this afternoon, it is with great regret that I am writing to resign from the Shadow Cabinet.

"I have been very proud to serve as Shadow Secretary of State for Transport, and particularly to develop our policies of bringing rail services under public ownership and giving local communities a real say over local bus services. It has been a true privilege to lead such a dedicated and talented team of Shadow Ministers and their staff in both the Commons and Lords. It is vital that Labour sets out a clear alternative to the Tories failed record on transport, and in so many other areas.

"The result of Thursday's referendum presents our country with enormous challenges. The vote split the nation, including my own city of Nottingham, in two, and I share the concern that our strong collective position in favour of remaining in Europe was not consistently communicated to Labour supporters. I am deeply worried about the economic impact on our communities, especially in those areas that are already bearing the brunt of Tory cuts, and also by the divisions and messages of intolerance that came to the fore during the campaign.

"Faced with such challenges it is essential that we have a strong and united Opposition. You are a kind, decent and principled colleague, but in my view a new leadership is required to bridge the widening divides in our Party, both in Parliament and in the country as a whole.

"I have spent my working life in the service of the Labour Movement and the Labour Party and, in my view, the best way for me to continue to support the Party and oppose the Government is from the back benches.

"Thank you again for allowing me the opportunity to serve in the Shadow Cabinet. Yours sincerely, Lilian Greenwood, MP for Nottingham South."