Boris Johnson has compared European Union efforts to build a superstate to Hitler's attempt to dominate the continent.

While the former London mayor acknowledged the EU was using "different methods" to the Nazis, his incendiary comparison is likely to enrage Remain campaigners.

Mr Johnson - seen as the de facto leader of the Leave campaign - said the past 2,000 years of European history had been dominated by doomed attempts to unify the continent under a single government to recreate the "golden age" of the Romans.

"Napoleon, Hitler, various people tried this out, and it ends tragically. The EU is an attempt to do this by different methods," he said in an interview with The Sunday Telegraph.

"But fundamentally what is lacking is the eternal problem, which is that there is no underlying loyalty to the idea of Europe.

"There is no single authority that anybody respects or understands. That is causing this massive democratic void."

His comments came as Nigel Farage backed Mr Johnson to succeed David Cameron if there is a vote to leave the EU in the referendum on June 23.

The Ukip leader described himself as a "Boris fan" and compared him to former US president Ronald Reagan.

In comments clearly designed to stoke tensions within the Conservative Party over the referendum, Mr Farage said he could even envisage a situation in which he could work for Mr Johnson in government.

Mr Cameron has always insisted that he will carry on regardless of the result, but many MPs believe he will have no choice but to resign if the country rejects his call to Remain

In an interview with The Mail On Sunday, Mr Farage rejected suggestions that Mr Johnson was not serious enough to be prime minister if Mr Cameron was forced to stand down.

"Boris goes on surprising people. They say he can't do this, he's a joker - it's like Ronnie Reagan. Could he do it? Yes. If you'd asked me six months ago I'd have said no but I've changed my mind," he said.

Asked if he would like to work for Mr Johnson if there was a vote for Leave, Mr Farage said: "I love Boris, respect him, admire him; I'm a Boris fan.

"Could I work for him? Yes. Could I see a scenario if he was PM and he asked me to do something? I wouldn't rule it out."

Mr Farage brushed aside the objections of the official Vote Leave campaign that he had been chosen by ITV to take on Mr Cameron in their televised debate rather than one of Vote Leave's big names like Mr Johnson or Michael Gove.

"They're terrified if I play a big role, what happens after the referendum, could I nick a third of their voters?" the Ukip leader said.

He also indicated he was preparing to ramp up his rhetoric on immigration despite what he said were "idiotic pleas" to "tone down" his comments for fear of alienating moderate voters. "You ain't seen nothing yet," he said.

While Mr Johnson has consistently argued that "uncontrolled" immigration into the UK was too high, campaigning in Bristol he stressed he was not anti-immigration.

"I am in favour of immigration, I'm a believer in it," he said.

"What is not right is for huge numbers to come here in a way politicians say is not going to happen. That's where I part company." 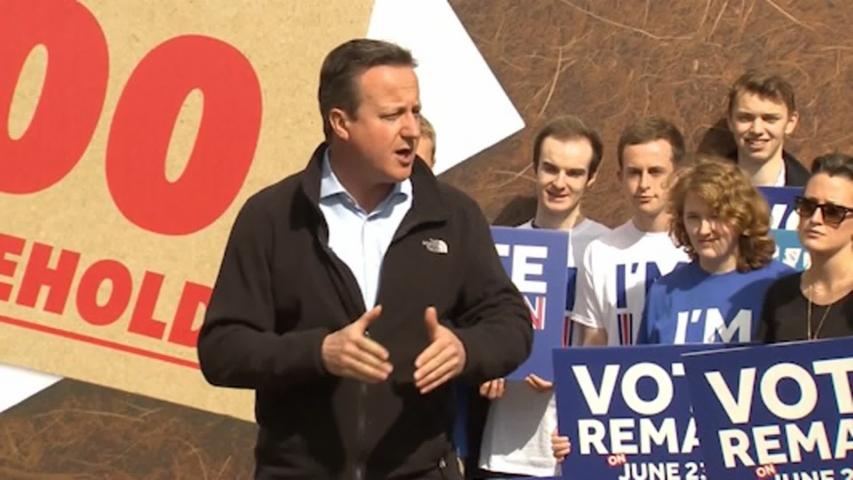