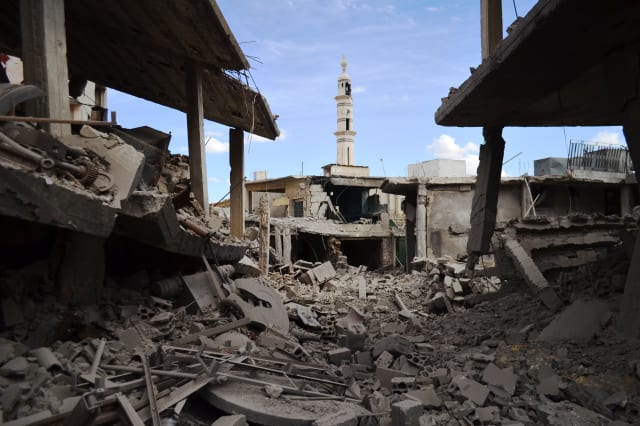 David Cameron has warned that Russian airstrikes in Syria against anyone other than Islamic State would be a "retrograde step" amid reports of bombs being dropped in areas occupied by opposition forces.

The Prime Minister said the UK will need to look "very carefully" at exactly what Russian involvement in the country will entail.

Speaking during his visit to Jamaica, Mr Cameron said: "We will need to look very carefully at exactly what has happened. I have a clear view that if this is a part of international action against Isil, that appalling terrorist death cult outfit, then that is all to the good.

"If, on the other hand, this is action against the Free Syrian Army in support of Assad the dictator, then obviously that is a retrograde step but let us see exactly what has happened."

The Russian parliament voted in favour of military intervention in the country after receiving a request for assistance from President Bashar Assad.

Russia has already begun carrying out airstrikes in the country.

US defence officials have reportedly said Islamic State has no presence in the areas targeted by Russian airstrikes but Free Syrian Army forces are believed to be located there.

Moscow has ruled out sending ground troops to Syria.

Vladimir Putin has said Russia will not "plunge into this conflict head-on".

He has also said he expects Mr Assad to seek a political agreement with his opposition in Syria.

Russia's decision to become militarily involved in Syria has been backed by a number of senior Conservative MPs who believe working with Mr Assad is the "lesser evil" in the fight against Islamic State.

Colonel Bob Stewart, a member of Parliament's defence select committee, welcomed the decision despite Russia's support of the Assad regime, stating "in order to defeat the great Satan you might have to put up with a lesser devil as well".

The Conservative MP for Beckenham said: "I am pleased that the Russians have said they are going to intervene and I hope very much that it helps contribute to the extinguishing of this appalling threat to mankind."

He said: "My enemy's enemy is my friend, to some degree.

"You can't fight both Assad and IS at the same time."

The Russian vote came after President Putin met with US President Barack Obama at the United Nations to discuss the situation in Syria.