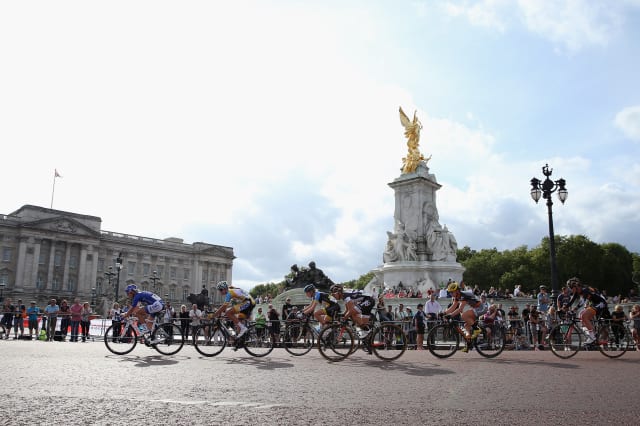 A cyclist has died from a suspected heart attack while taking part in a "mass-participation" festival.

The man, believed to be in his 50s, died while cycling in the Prudential RideLondon at Leith Hill, near Dorking, Surrey.

Sources said he was thought to have been pronounced dead at the scene at around 11am.

There were 25,564 cyclists who completed today's RideLondon-Surrey Classic race in the sunshine.

The sportive saw riders go from the Olympic Park in east London, through Leatherhead, Oxshott and Esher before finishing on the Mall.

Mayor of London Boris Johnson hailed it as "the greatest mass-participation cycling event in the world".

He said: "Whether it is elite athletes from across the globe, enthusiastic amateurs or families and children who have got into the cycling spirit, it has been a wonderful advert for the sport and the city."