'A penchant for small boys' 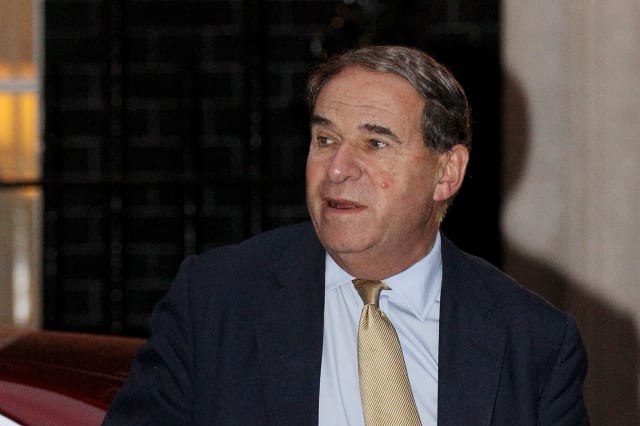 Spy chiefs warned the Thatcher government that allegations an MP had a "penchant for small boys" risked causing it political embarrassment, documents have revealed.

Child abuse investigators found no consideration had been given to the threat to children the politician posed but MI5 had warned senior officials that the accusations could be damaging for the administration.

Newly uncovered files show former MI5 director general Sir Antony Duff wrote to the then Cabinet Secretary Sir Robert Armstrong in 1986 over claims made by two sources about the MP.

An assessment of the documents Peter Wanless, head of the NSPCC, and Richard Whittam QC, who carried out an inquiry into the handling of historical allegations that prominent figures were child abusers, said: "There were a number of references across the papers we saw that reinforced the observation we made in our review that issues of crimes against children, particularly the rights of the complainant, were given considerably less serious consideration than would be expected today.

'The risk to children is not considered at all'

"To give one striking example, in response to claims from two sources that a named Member of Parliament ''has a penchant for small boys" matters conclude with acceptance of his word that he does not and the observation that 'at the present stage ... the risks of political embarrassment to the Government is rather greater than the security danger'. The risk to children is not considered at all."

In a document published on the Government's website, the Home Office said a fresh search of the archives had been carried out after a file emerged earlier this year that should have been submitted to the Wanless and Whittam inquiry.

One of the files relating to Sir Hayman was held by the Cabinet Office but "overlooked" during a previous trawl for information.

Documents that refer to Mr Straubenzee had been earmarked for destruction but National Archives officials flagged them up to the Government.

A group of papers that name Mr Morrison, Mr Brittan, Sir Peter and Mr Straubenzee as well as contain references to the Kincora children's home in Northern Ireland where boys were abused were "found in a separate Cabinet Office store of assorted and unstructured papers".

Mr Wanless and Mr Whittam reported last year they had found no evidence that records were deliberately removed or destroyed.

After examining the latest batch of documents, they said they "found nothing to cause us to alter the conclusions drawn or recommendations made in our review".

But they warned the emergence of papers after the review had been completed was not "helpful" in giving the public confidence in the process.

They said the latest discovery, which came to light earlier this year, showed the need for a broader search of documents "unconstrained by what the Home Office in particular might or might not have known".

An NSPCC spokesman said: "This is a clear illustration, as the original review revealed, of the misplaced priorities of those operating at highest levels of government, where people simply weren't thinking about crimes against children and the consequences of those crimes in the way that we would expect them to. It reiterates the need for an inquiry that will explore this in depth."