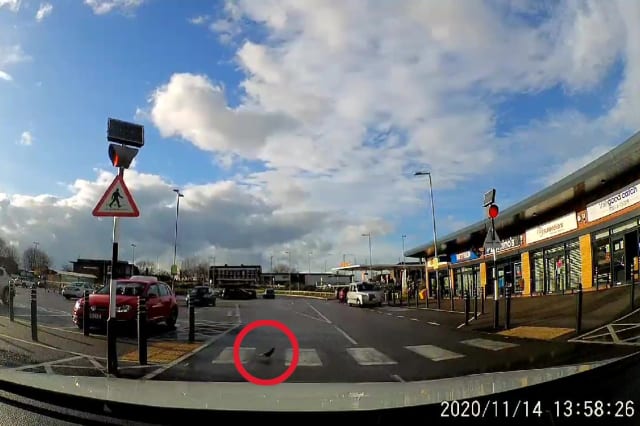 Watch this road savvy pigeon amusingly using a zebra crossing to get across the road.

The bird was caught on dashcam footage patiently waiting at the crossing for the cars to stop so he could make his way to the other side.

Barrie Threlfall, 33, from Liverpool, was leaving the Great Homer Street Shopping Centre when he saw the little bird waiting, so stopped his car.

The pigeon then crossed over to reach the shops on the other side of the car park.

Barrie, who works for the emergency services, said: "I was just driving home from the shops and I thought it was so funny!

"I went home and checked the dashcam footage to see if I caught it so I could send the footage round the family!

"He didn't thank me for letting him cross though!"