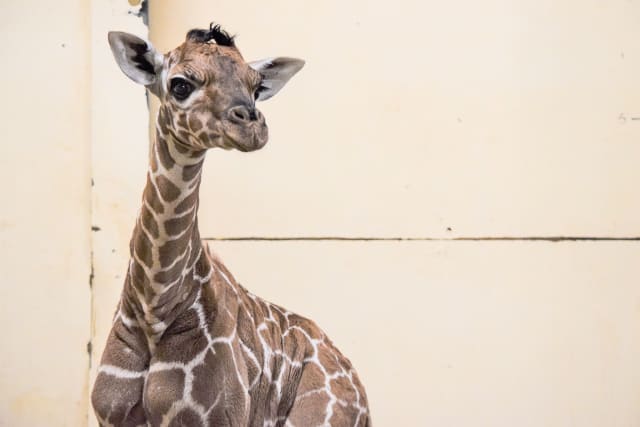 A giraffe has been given the name Margaret in honour of the first patient in the world to receive a Covid-19 vaccine outside clinical trials.

Staff at Whipsnade Zoo chose the name as the female calf was born on Tuesday – the same day Margaret Keenan, 90, made history by receiving the Pfizer coronavirus jab in Coventry.

Team leader Mark Holden said: "2020 has been a challenging year for the world, and the arrival of our precious giraffe calf on the same day, and actually at the same time, as the much-anticipated Covid-19 vaccination was first administered feels like a real moment of hope, and one we are so keen to celebrate and remember."

Margaret, an endangered reticulated giraffe, was the second calf born to mum Luna.

Giraffes give birth standing up, meaning Margaret began her life with a two-metre plummet to the ground, where a thick layer of bedding had been placed by keepers in preparation.

Mr Holden said: "Just as the first vaccine has given people across the UK new hope, our new arrival brings new hope for this endangered species.

"With fewer than 9,000 individuals living in the wild, this little one's arrival is a vital boost to the numbers of this endangered species.

"We very much hope that Margaret Keenan will be able to come in and visit her namesake one day soon, so we can introduce them in person."